Faithful friends, dangerous enemies and other protagonists of an adventure at the edge of the world! 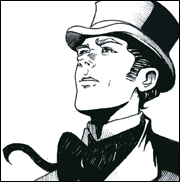 Jason Howard
The only scion of a noble and wealthy family of English landowners, Jason meets Robert Greystorm in college, establishing a deep relationship of mutual respect and friendship. Jason’s dream is to create the perfect farm, a place where humans can live in balance with nature, using their mental and physical qualities to free themselves from all material needs. But Jason’s romantic ideals clash with Robert’s ambition, and when the two friends – after many adventures – will find themselves set one against the other, their contrast will have a dramatic outcome. 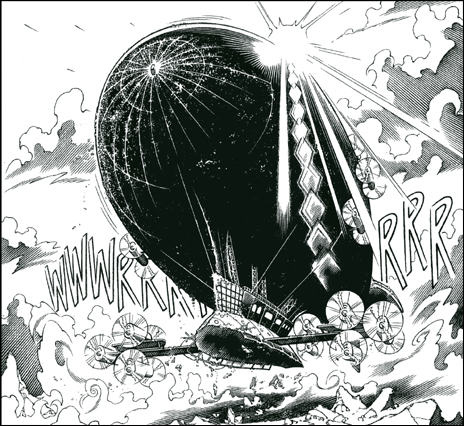 The Iron Cloud
The giant and spectacular flying ship, built by Robert Greystorm for his South Pole expedition, really is one of the characters of our tale. The crew of the Iron Cloud is made of brave, ready-for-action men. Along with Robert Greystorm and Jason Howard, the members of the expedition are: Jack Kluster, master builder and engineer John Seaman, the mechanics Maahu, Rahui and Thomas Clifford, security chief Alec McCrane, expert climber Marc Zimmer, cook Pat Kennay and helmsman Jean De Court. 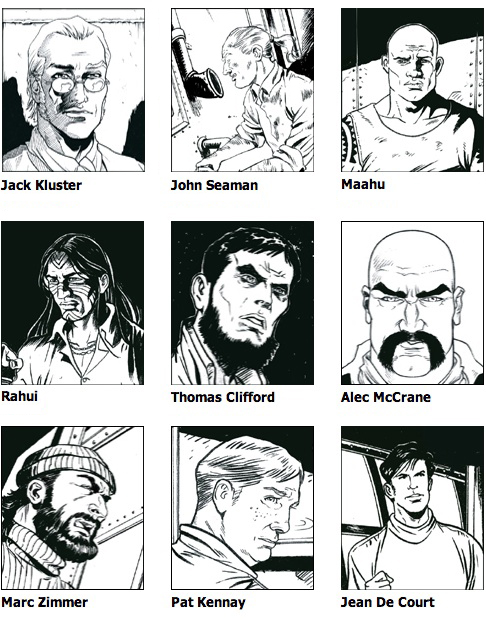 Priestess from the forgotten island of Makatea, lost in the waves of the Pacific Ocean, Ele’ele is a beautiful, long and dark haired girl, who has a strong and wilful personality. She awakens Robert Greystorm’s interest, for he sees in her the only woman who could be the companion of a genius like himself. But Ele’ele falls in love with Jason Howard, giving him two twin babies: Hoanui and Mili.

Young English lawyer, Ian is an optimist man who’s deeply influenced by his meeting with Jason Howard and his teenaged sons, on the lost island of Makatea. Ian starts a long and engrossing exchange of letters with Mili and Hoanui, becoming their advisor and confidant.

Hoanui e Mili
The sons of Ele’ele and Jason Howard, Hoanui and Mili were raised on the island of Makatea, living in close contact with nature and discovering their telepathic powers.
After moving to London in 1914, along with their father, the two young men get stuck in the city when World War I begins. It’s in the English capital that they will meet their fate, facing Robert Greystorm.