The world of Caravan

What if, all of a sudden, a celestial event shattered your life?

The world where our story takes place is today’s world, though you won’t find the quiet town called Nest Point on the American road maps. It’s a coastal town whose look on the page is derived from a nice mixture of real places that the creators of the series refashioned in their own way. Here’s where our adventure begins, in an ordinary day that will be forever imprinted in the memory of Nest Point’s citizens.That day, strange clouds appear in the sky and a few moments later a blackout hits the town: no electricity, no phones, cars suddenly stopping. What happened? A terrorist attack? A foreign nation’s raid? A space invasion? 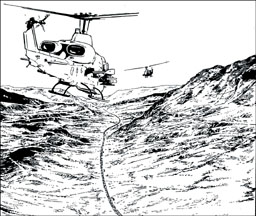 As suddenly as it began, the blackout ends. But phones and Internet connections are still down: Nest Point is now isolated from the rest of the world! At dawn, a military column arrives in town with the order to evacuate: all the citizens will have to leave their houses and the town with their own means of transport. The authorities only say two words: “National security”. That’s the only “explanation” given to the civilians about the reason for the army’s intervention.
Twenty-four hours later, cars start flooding out of town, and for Nest Point’s caravan it’s the beginning of a long journey towards an unknown destination…