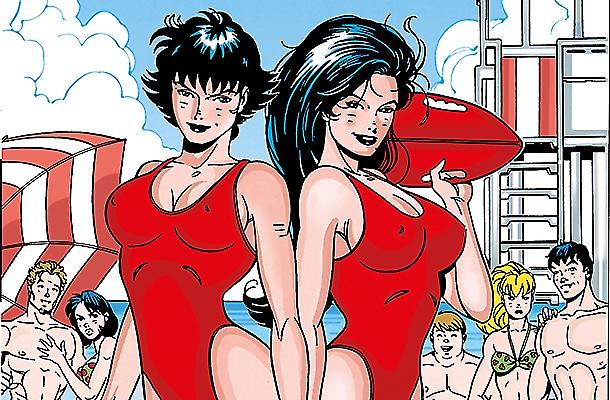 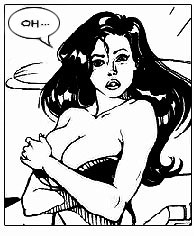 is my best friend and we've been living together since she decided to change her life completely. May was a thief in the past: her father was a sort of "Robin Hood of art", he stole art works from rich people who had purloined them illegally from museums and collections and then gave the stolen goods back to their legitimate owners. For many years he used his three daughters - April, May and July - for this purpose, until the time when we, the Alfa agents, bumped into this family and managed to capture them. May and April were fed up with the life of delinquents and agreed to become special agents... and May and I immediately realized that we were very different, but also compatible, so we decided to go and live together. Of course, it's not been easy, and it still isn't, to live in the jungle of pots of beauty products that May leaves strewn around everywhere... she's really a fanatic for every sort of cream! Not to mention her diets, which never last for more than a few days. Actually, May is constantly fighting against the scales - some days, the bathroom scales are really her worst enemy. And what about her clothing? She keeps on changing into different clothes...: "Legs, what about this skirt? Does it fit me? And the heels? Do you think these heels are ok?" So you can see that, for a person like me - my best "evening dress" is a camouflage or a combat suit - it isn't easy to live with her. Not to mention all those oafs who court her and keep running after her, with the result of giving her an even more exaggerated sense of femininity! As you've probably figured out, we are really different, but perhaps that's the reason why we're the best friends in the whole world!

I'm on the side of the animals, that's for sure, but I've never understood how this flying mouse has managed to take up residence in my apartment. To tell the truth, Harvey is not really a flying mouse, but rather a small sentient and super-clever dragon, the result of a genetic experiment that should have created perfect living creatures endowed with their own special culture. But actually, Harvey is not at all perfect: first of all, because he's short-sighted and secondly because he's a pain in the neck, a know-all and an opportunist. He's a lady-killer, he has an intense love life with all sorts of she-dragons (the telephone bills I have to pay are as hot as his love stories!). His favourite sport is spying on May and me when we're taking a shower. But in spite of all this, the flying mouse also has his positive sides: he's a divine cook, always willing to help in our enquiries and sometimes he's even saved my life. He says he does these things for me because, in a certain sense, I'm a sort of mother for him (even though I don't understand how this can have happened, a long time ago someone talked to me about something called "imprinting"... but I think that's only a polite word to mask the wretched circumstance of having him at home). Anyway, apart from all this, he's part of my queer family and he's great when you need someone to vent your bad temper on. In fact, the house would be empty without him!

Rick is my neighbour and ours is a very strange friendship. Rick is secretly - but he doesn't really make that much of a secret of it - in love with me (or with May, we haven't figured that out yet). His crazy passion leads him to constantly spy on us (he could write the perfect voyeur's manual!). He's a great friend of Harvey's, probably because they share the same "hobby", and he's a technology expert who uses his skill to constantly figure out the oddest methods to scrutinize us more effectively. He's been trying to invite me to his house for years, though I haven't surrendered yet. But I don't exclude that some day, just to make him have a fit, I might yet accept his invitation!

Janet Blaise is a great friend of mine, and although we haven't actually known each other for very long, we've already developed a very deep relationship. At the beginning, we didn't like each other very much, but fortunately things now are much better. She works for the secret services and intercepts the arms trafficking between Earth and the orbiting colonies. At present, she lives on Melpomene, and that's why we don't get to see much of each other, but we have a nice chat almost every day. Janet has a tough character and we have a lot of things in common. May doesn't like her very much, perhaps because she's a bit jealous, but I'm convinced they might easily become friends in the future. We'll see!