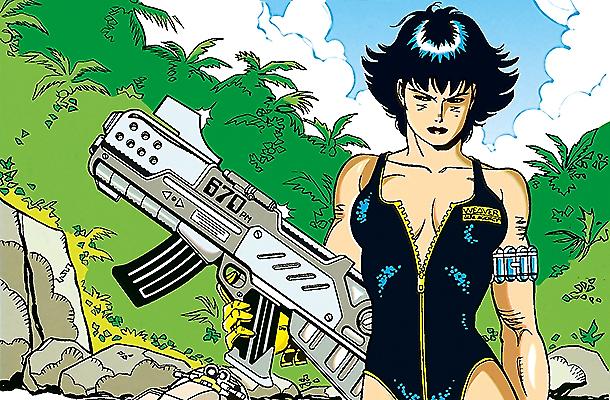 My name is Legs

A special agent who loves to chase, nab and beat up all kinds of criminals!

For those of you who don't know me - and I hope for you that it's only a transitory loss of memory - my name is . Actually, my real name is Rebecca Lawrence Weaver, but they've been calling me Legs for so many years now that sometimes I can hardly remember my own name. But I'll start from the beginning. First of all, I'll introduce myself, and to do this I have to give my birthdate: I was born in 2054, according to the new dating system... But don't try to calculate my age: I'm a superb 47-year-old, but I don't look my age, also because (don't forget) I live in the future where average life expectancy is longer, technology has freed us women (and males as well, why not?) from the horrors of ageing. A strong character and constant training (I adore martial arts) have allowed me to become the Legs I am today, but to be honest I must admit that things have not always been so good for me. 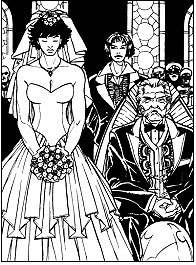 When I was a teenager, I was rather clumsy: I suffered from a motor disorder and I was dyslectic; that's why, when I was eighteen, I decided to attend the Rogers Academy, where they train special agents for the future security and surveillance agencies, … and I wish to hell I'd never done it! Things went badly at the beginning and ended up even worse. I made friends with Corinne Lawrence, the daughter of one of the founders of the academy, and after a while she persuaded me to marry her father. But later on I discovered I'd been the victim of a wicked plan plotted by Corinne herself: soon after the marriage I was accused of the murder of my husband. Everything had been organised by Corinne to achieve her objective: to get rid of her father and get hold of his huge fortune. So, at such a young age, I was sentenced to life imprisonment at Blackwall, even though I was perfectly innocent. There I eventually found the strength to rebel against the abuse inflicted on me by the other prisoners and that was how I became Legs, a new woman, capable of reacting with fury and irony when faced with any kind of trouble. After many years in prison, thanks to Edward Reiser, head of the newly-established Agenzia Alfa, who paid my bail and persuaded me to put my strength at the service of the Law, I became the first Alfa agent. A long time has elapsed since I was first recruited, but I still have a lot of fun just like in the early days!