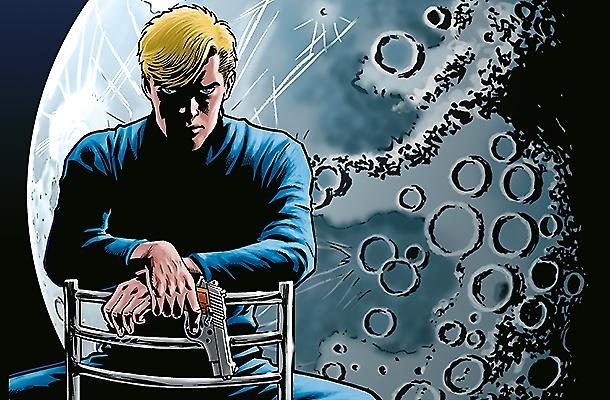 Everything you need to know about Jonathan Steele

HOW DID THE IDEA OF JONATHAN STEELE ARISE?
It's a project I'd been cherishing since 1991, but the opportunity to carry it out didn't arise till 1997, when I started to work for Sergio Bonelli Publisher, first on the editorial staff and later as an editor and script for the Zona X series. The original Jonathan Steele project was rather different from the way it is now, while the graphic aspect of the characters and the style of the stories had already been defined.

WHY DID YOU OPT FOR SUCH A "SUNNY" AND IRONIC APPROACH IN AN ADVENTURE COMIC, MAKING A SHARP CONTRAST WITH THE GLOOMY AND DRAMATIC STYLE OF MOST PRESENT-DAY COMICS?
Because I liked it personally. I prefer sunny atmospheres to gloomy and distressing feelings. And also, in my opinion, it's good for a publisher to propose a wide range of settings and themes, but also atmospheres. 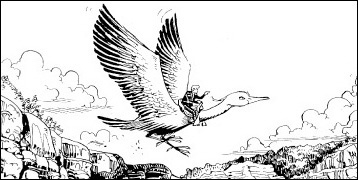 YOU ARE ALSO A WELL-KNOWN LOVER OF MANGA AND JAPANESE ANIMATION CINEMA. HOW WERE YOU AFFECTED BY THESE GENRES IN YOUR JONATHAN STEELE PLAN?
Yes, it's true. I was always really keen on cartoons like Goldrake, Captain Harlock and Lupin III, and I also appreciate the masters of modern Japanese comics. Perhaps there is still a trace of this passion in my writing style, particularly in the rhythm of narration and in a certain way of defining my characters. But the Jonathan Steele series, while breaking with certain aspects of the Bonelli tradition, actually doesn't betray it at all. The most striking change introduced by this series is that the main character is very young: Jonathan is twenty-four years old and he's the youngest among Bonelli heroes, after Gea. Furthermore, instead of the classic "foil", the Jonathan series has two girls who are real co-protagonists.

ARE YOU AIMING TO ADDRESS A YOUNGER AUDIENCE THAN THE USUAL READERS OF BONELLI'S CHARACTERS?
Yes, in a sense. The creation of Jonathan Steele is an expression of the publisher's desire to establish contact with young people, who have not traditionally been very interested in our publications. And my choice for young readers corresponded to my desire to create younger and fresher characters, whith whom I also feel more comfortable as a script writer.

JONATHAN, MYRIAM AND JASMINE. WHY DID YOU CHOOSE A «TEAM»?
Because I liked the idea of three individuals, each endowed with special skills, who unite and combine their energies to obtain the best possible results. Jonathan is a man of action, but most of all a very pragmatic guy. The first girl, Jasmine, has great experience with esotericism and archaeology. She is the first to act when they have to face particular cases involving magic, while Myriam has magic powers.

THERE IS PARTICULAR ATTENTION TO CLOTHING DETAILS IN JONATHAN STEELE COMICS. IS THAT A CONSCIOUS CHOICE?
Yes, of course! We have tried to pay the utmost attention to the present trends in women's fashion. I am struck by the very imaginative trend shown on the catwalk by some of the great fashion designers.

IN GENERAL, BONELLI'S CARTOON CHARACTERS ARE REMINISCENT OF FAMOUS ACTORS IN THEIR FEATURES. IS THAT TRUE FOR JONATHAN STEELE AS WELL?
Only Jasmine is inspired by a real person, the Pakistani top-model Yasmeen Ghauri. I took her as a reference model not only for her physical features, but also because of her special charm. As far as Jonathan and Myriam are concerned, no, there's no reference model: I just described them to Teresa Marzia as I had them in my mindand she drew them.