My name is Jonathan Steele

A young hero of the year 2020 for whom the world is not enough! 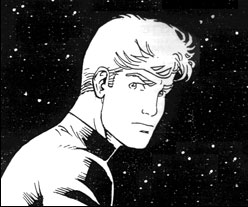 Jonathan Steele represents a rather special case in the overall framework of the Italian publishing scene. This is a comic that cannot easily be classified as belonging to a single specific genre. It is, first and foremost, an adventure comic, but there are many parts of the individual stories, situated in an immediate future, where magic plays a fundamental role and inspires an atmosphere akin to the fantasy genre, with touches of science fiction, horror, spy stories, war games, even moments of romance. In fact, Jonathan Steele is a comic strip in continuous evolution, where the characters and the situations change with the passage of time, just as they do in real life, and where, above all, nothing can be taken for granted - not even the immortality of the protagonist, a sort of modern adventurer who earns his living by carrying out dangerous missions all over the world. Australian by birth, Jonathan grew up in an orphanage and then on the streets, figuring out how to survive by relying only on his own strength and cunning. So he rapidly became a streetwise kid. After then falling in with Ripley, a small-time crook whose main occupation was training a gang of kids in how to carry out robberies and pilfering, Jonathan followed him in a long trip from Australia all the way to America, where the pair split up. Here Jonathan joined a corps of mercenaries, receiving training in martial arts. At a certain point he managed to escape to start a new life “all alone”, and this continued up to the moment of his meeting with Myriam and Jasmine, the two girls who got hi 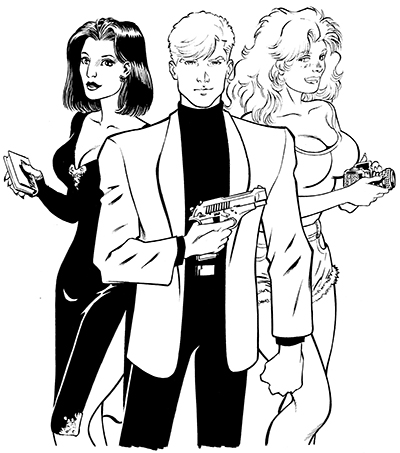 m unexpectedly involved in their affairs, even their personal affairs. He’s remained strongly attached to them ever since.