Mobsters, thieves, serial killers, terrorists... And it takes a lot of determination to stop them!

Since Nick Raider series is very realistic, there is no "fixed enemy" here. At the end of a story, the enemy almost always ends up by being put in jail or more frequently taken directly to the graveyard. But there are some "wicked" subjects who appear in more than one album, even though they never acquire the title of "Enemy Number One". Nick Raider's enemies can be more meaningfully grouped according to the "criminal categories" to which they belong. 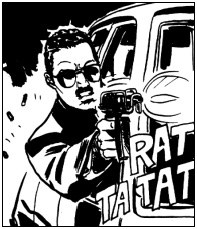 Godfathers and mobsters. Nick Raider has to fight against many enemies belonging to the different mafias, from the Italian Cosa Nostra to the Columbian mobsters, from the Chinese (Triads) to the Japanese (Yazuka). While he always succeeds in identifying the authors of a crime, Nick Raider does not always manage to indict their instigators, who are at the top of the criminal hierarchies (the Godfathers). So, what happens is that they may reappear in subsequent stories. 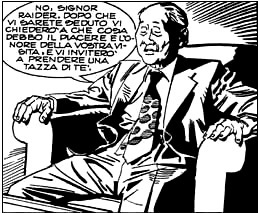 Secret sects. Nick Raider chases enemies who hide in the shadow of mysterious and exclusive secret sects: from satanic sects who kill their victims during death rituals to voodoo sects, mysterious Chinese clans and the Sect of the Black Cross, an organization that protects common criminals from the law in exchange for the payment of large sums. 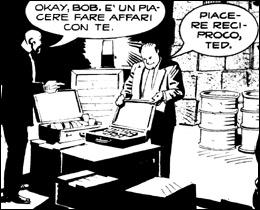 Narcotics traffickers. They may be individual pushers or big dealers or even large organizations led by the different mafias or organized crime. But sometimes Nick is faced with a sad reality: behind the curtains there are sometimes the "rotten apples" of his own tree - law enforcement agents and police officers.

Serial killers. There are more and more of these, and they are getting crazier, and wilder. The cases involving this kind of criminal are always the most difficult to solve because a maniac often kills without a motive. So Nick has no clues, no witnesses, no tip-offs. He has to penetrate into the secrets of disturbed personalities, get down into the hell of diseased minds and just hope in a stroke of luck.

These criminals often engage in bomb attacks in the underground or set bombs in malls and shopping centres. No-one knows who they are, or what ideology is driving them, but there's no time for many questions: they must be stopped, in order to free the city from the terror that grips it.

Crimes of passion. People may kill for money, but also for love, hatred, jealousy. They can kill in the streets, but even in small and filthy apartments or in big villas. These are perhaps the most difficult among all cases: Nick has to try to grasp the hidden secrets of families, plunge into personal dramas. These are cases that, even after a solution, leave a nasty taste in your mouth.