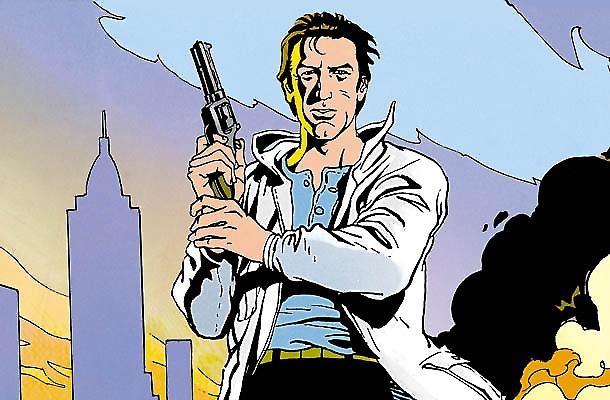 My name is Nick Raider

A New York police officer who is part of the Homicide Squad, and is involved in very high risk investigations!

Created by Claudio Nizzi in 1988, Nick Raider is a series of detective stories characterized by a grimly realistic atmosphere. It is based on police procedural cases, but contains elements recalling many other narrative styles, from English detection to action thrillers and mystery stories, from the hard boiled to the noir genre. The only common aspect intersecting all these different genres is the protagonist, who almost always works together with his black buddy, Marvin Brown. But both of them often work jointly with the entire Homicide Squad in Manhattan's Central Law Enforcement District. The stories take place mainly in New York, where Nick Raider and his friends are constantly struggling against the most varied and ever-changing forms of crime. Nick Raider is not a private detective, but one who belongs to a Police Department.

investigations start once the Central Law Enforcement District has, first, been notified of a case of homicide and, subsequently, following the appropriate hierarchical practice, has assigned the case to Nick. The only cases in which Nick, acts before a homicide has officially been ascertained are those where he is called upon by a friend or an acquaintance. Nick Raider is not an "avenger" or a violent police officer who abuses suspects to force them into confessing. Nick moves within the framework of the Law and in full respect for the individual, any individual, whatever social class he or she belongs to. Nick may lose his temper sometimes, of course, but if he follows his instinct, he will never behave aggressively with someone who doesn't deserve such treatment. Nick Raider is not shy with women, but neither is he a play-boy.He finds it easy and natural to have relationships with the opposite sex. He has flirted with many girls and has sometimes has had a fling with dangerous women, but today he is perfectly happy in his relationship with the reporter Violet McGraw. 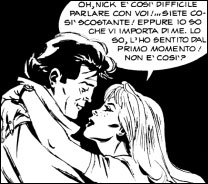 Realism is never forsaken in Nick Raider. The series is extremely rigorous as regards both the subjects and the scripts. The psychology of the characters, whether good or evil, meets precise realistic requirements. In every album, the mystery is resolved on a logical and absolutely convincing basis.

Nick Raider is essentially a positive character. He is a third-generation Italian-American who had a rebellious youth and then entered the police force because he felt an irrepressible need to side with the law and redeem the memory of his father, who was also a police officer but was a man defeated by life. Nick's conception of the work of a detective is totally idealistic. While he is well aware that a

Police Department can be a den of iniquity and corruption (and he often has bitter personal experience of this circumstance), he staunchly pursues his ideal of total honesty. Essentially happy and optimistic, he may have conflicts of conscience or moments of feeling low like any other human being, but he always manages to overcome them by summoning up all his strength of character and a high sense of his own mission. Uncompromising and incorruptible, he often clashes harshly with his higher ranking colleagues (except for old lieutenant Arthur Rayan), and this is the reason why, in spite of the many cases he has solved successfully, he is still a simple detective. Physically he is rath 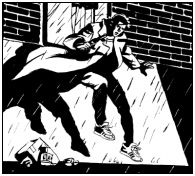 er good-looking and wears smart yet casual clothing, often a safari jacket on top of a-shirt, jeans and trainers, as these are clothes that allow him to move about nimbly and quickly. He drives a Pontiac Firebird (with registration plate NYC 777), on which he dashes off in daring pursuits, and the firearm he wears in his belt is a Colt 38 Special. Nick's greatest sense of fulfilment lies in his profound friendship with his fellow officers on the squad, and he would willingly give his own life in order to save theirs.