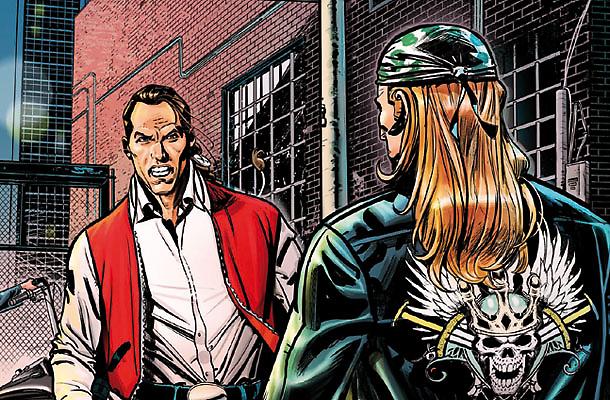 Everything you need to know about Saguaro 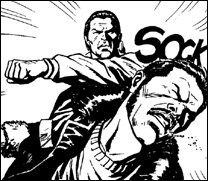 YOU HAVE A PRECISE PHYSICAL TEMPLATE THAT YOU USED AS AN ISPIRATION, IN CREATING THE CHARACTER?
In the beginning, my choice was between several actors, but they only had some of the physical/personality traits I had in mind for the character. I liked Adam Beach, Val Kilmer and Dwayne Johnson. Following a suggestion by Sergio Bonelli, I finally choose to try to "Indianize" actor Tom Berenger. The artist, Alessandro Poli, used him as a reference, creating a new and original character.

WHERE DO HIS ADVENTURES TAKE PLACE?
Our hero lives in the huge Navajo Reserve, between Arizona, Utah and New Mexico (and part of Colorado, too, though that is also the place of the Utes Reserve). More in detail, Saguaro lives in Window Rock, almost on the Arizona/New Mexico border. It’s home to the Navajo Tribal Council, a people with a long tradition of self-determination. It’s also the seat of the BIA (Bureau of Indian Affairs): a liason office between Federal government and Tribal Council.

WHICH WAS THE DOCUMENTATION YOU USED TO CREATE THE SERIES?
Comics-wise, I mainly looked at Tex, Mister No and Blueberry. I read anthropology and history books, specialized magazines, devoured a good number of novels (the “mandatory” ones by Cormac McCarty, but also Tony Hillerman’s good thrillers, that take place in the Navajo Reserve, by the way) and watched documentaries. Movies had a relevant part, new ones like “No Country for Old Men”, “The Three Burials of Melquiades Estrada”, and less recent films like some New-Hollywood flicks of the 1960s-70s, such as "Jeremiah Johnson", “Badlands", "Vanishing Point", "Easy rider" and so on. 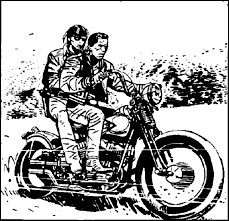 SAGUARO'S MODERN WEST, WHAT'S HIS FAVORITE RIDE?
Thorn loves his bike: a 1940s Harley Davidson Flathead. This is his “horse”, but, due to the great expanse of the Reserve, he often drives a sturdy Power Wagon Dodge pick-up truck.