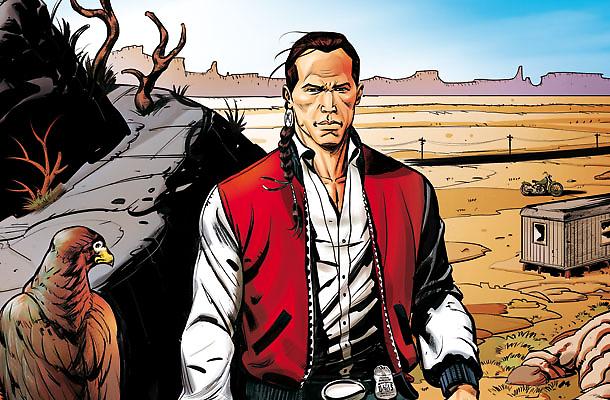 My name is Saguaro

Thorn Kitcheyan comes home from Vietnam. When he gets to the Navajo reserve he has to face his past, as well as his present, full of contrasts and tensions between him and his people 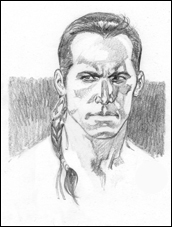 He’s a Navajo. Thorn Kitcheyan is his name, but he often goes by his nickname: Saguaro. His best friend Nastas Begay sticked him with this name when they were kids, and Thorn never managed to get rid of it. Some people think the Saguaro is just a thorny cactus, while others (particularly the Tohono O'Odham, a tribe whose blood is partially running in the veins of our hero) believe this plant to be a valuable source of life. In a way, Saguaro is the incarnation of both these aspects: quick-tempered and dangerous, he’s also ready to sacrifice himself for a just cause, and more than often his intervention is decisive and vital. 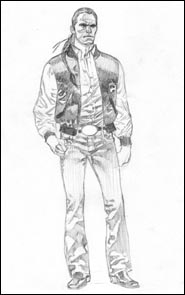 Saguaro is a veteran of the Vietnam War, after being released toward the end of the hostilities for the wounds he suffered in action. In fact, he’s more inclined to action than to talk; trained to survive in extreme condition, he is able to hold his own in every situation and is good at finding finger marks, tracks and other clues. But he’s not the typical thoroughly upright hero; Saguaro lives a constant state of contradiction — seemingly cynical and sceptical, he’s ready to bend over backwards to help other people; while he’s not a believer in tradition, he knows it and honors the people who respect the old customs; he’d rather live alone, but he can’t stay away from the place he was born in, and the people that showed him love and respect. He’s far from infallible: sometimes he lets rage guide his actions, committing mistakes and paying for it. After living for years with the White men, Saguaro seems to have lost the classic balance of Navajo philosophy of life, and appears to be out of touch with his original land. After getting back to his hometown, Window Rock, he will go on a long adventurous and spiritual trail.