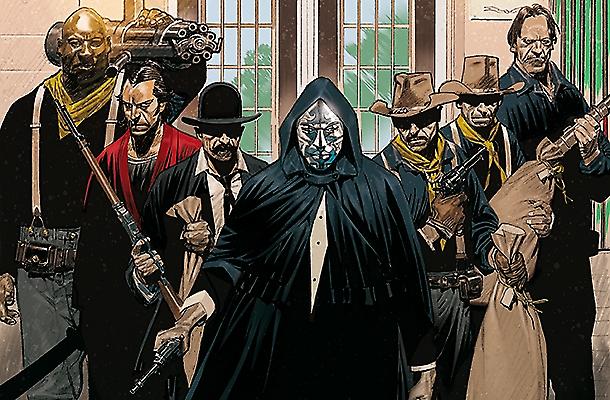 Gianfranco Manfredi replies to your questions

“SHANGHAI DEVIL” IS THE SEQUEL TO “VOLTO NASCOSTO”: WILL WE NEED TO KNOW ALL THE DETAILS OF THE FIRST MINISERIES TO UNDERSTAND THIS STORY?
If you approach the new series after reading “Volto Nascosto”, you’ll be able to find a known face in the pages of “Shanghai Devil”: that’s Ugo Pastore. As for the other things, the new series, though in principle linked to the one before, is a completely independent and different narrative, beginning with the setting and the fact that it features a single main hero. Though Shanghai Devil features many characters, it will be less of a “team” story.

AFTER THE TRAGIC AND DOOMED LOVE WITH MATILDE SERENI, UGO WILL FIND A NEW FLAME IN THE REMOTE SHANGHAI?
The charming femmes fatales like Matilde won’t fail to appear in the new series as well: from the young prostitute Meifong to the intriguing English spy Jane Stanton, and others... Will Ugo be let down and defeated by love as in the other series? I’ll leave you with the pleasure to find out...

WILL THE HISTORICAL SIDE BE IMPORTANT IN “SHANGHAI DEVIL”?
The setting in a peculiar historical context surely will be an important and determining trait for the new miniseries. But the readers shouldn’t fear to be confronted with an academical lesson on China at the end of the 19th century/beginning of the 20th. We are producing entertaining comics, and in our stories we try to underline the adventurous, mysterious and exotic elements, beside the historical background.

WILL WE BE ABLE TO READ EACH ALBUM ON ITS OWN, OR WILL THE SERIES HAVE A STRICT CONTINUITY?
Using the miniseries "format", I like to tell stories as episodic novels. Each single album is strictly connected to tthe others, allowing me to create, at the end of the 18 issues, a great narrative picture, that can be dynamic and with an increasing pace.