Claudio Chiaverotti replies to your questions

Everything you need to know about Brendon 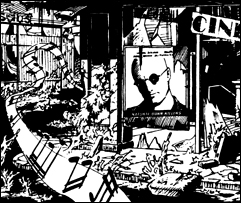 IN BRENDON STORIES WE SEE THAT MANY REMNANTS OF OUR CIVILIZATION ARE IN GOOD CONDITION (FOR EXAMPLE, FILM BILLBOARDS SCATTERED HERE AND THERE ON THE CITY WALLS). HOW'S THIS POSSIBLE IF IT'S BEEN FIFTY YEARS SINCE THE DISASTER?
Nowadays we are constantly looking for materials which are resistant to the wear and tear of time (for example, polycarbonate). The asteroid that caused the Great Dark Age strikes the Earth in 2029. In nearly thirty years' time from now who knows what scientific discoveries will have been made and on what materials theatre bills will be printed or even the films themselves... 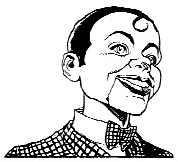 WHO INSPIRED THE CHARACTER OF CHRISTOPHER?
Christopher, The domestic help robot, Christopher, who lives in Brendon's castle, was inspired by the puppet Fats, a character which appeared with a young Antony Hopkins (already a little like Dr.Lecter) in Richard Attenborough's film "Magic", made i n 1978 and adapted from a novel by William Goldman (author of "Marathon Man"). As far as his character is concerned, he is a remake of the character of Jack Lemmon in Gene Saks' film "Odd Couple" 1968.

WHERE CAN I FIND THE BOOKS "NIGHT SONGS" BY WALLENDREAM X AND "THE SONGS OF THE MURDERER" BY JACKNIFE GRIMM, OFTEN QUOTED IN BRENDON?
There is a precise place where you can track these down: in Chiaverotti's head! Claudio has invented both the poems/rhymes and the figures which have, by now, become popular among the readers of Brendon. To avoid misunderstandings, the works by Brahmst and "The Treatise on New Races" by Charles Lynner are fantasy works which exist only in Brendon's world. And finally, for the curious, a story in which our knight meets the mad poet Jacknife Grimm will be published in 2001!

WHY DID YOU DECIDE TO SET BRENDON'S ADVENTURES IN ENGLAND AND NOT IN ANOTHER COUNTRY, ITALY FOR EXAMPLE?
The setting of the Brendon stories raised quite a few problems for us. The first suggestion was to invent an imaginary place completely unconnected with our real world. But if we had done this, we wouldn't have been able to give our readers concrete points of reference and we'd have run the risk of disorientating them too much. The second suggestion was Holland, because of its unique geographic structure, the canals at night and its magical atmosphere. What dissuaded us from this idea was the difficulty of pronouncing the names of people and places, which re so very different from Italian ones. We also thought about a post-catastrophe Medieval Italy, but that would have led to the risk of disappointing those among our readers who love foreign things and who are more likely to follow the adventures of a James or a Jane than a Giacomo or a Giovanna. The final choice was Great Britain, because it gave us the opportunity to depict well-known settings from a totally new viewpoint after the Great Dark Age.

WHERE DOES THE NAME OF BRENDON'S HORSE, FALSTAFF, COME FROM?
Falstaff is the name of a character in an old English farce, which Shakespeare borrowed first to use him in 'Henry IV' and then to make him the main character in "The Merry Wives of Windsor". The character also inspired the one and only comic opera by Giuseppe Verdi, with a libretto by Arrigo Boito, which takes its title from the name of the character.