Who is Nathan Never 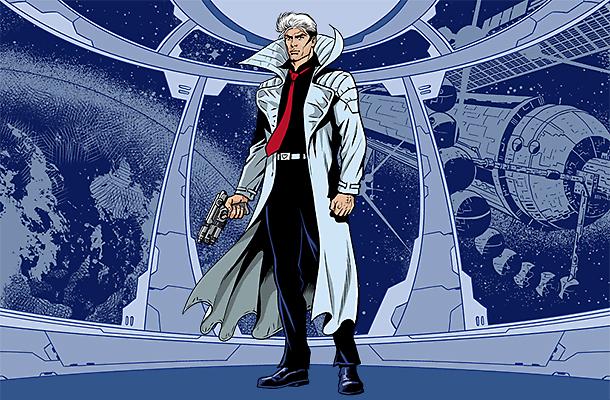 My name is Nathan Never

An ex-policeman, with a terrible past, now Nathan has become one of Alfa Agency's special agents.

Nathan Never is an ex-policeman with a terrible past. His wife Laura was killed by a criminal who was running away from Nathan himself, and his daughter Ann has been in a psychiatric clinic for years recovering from the shock of having witnessed her mother's death. In order to pay for his daughter's treatment, Nathan, who retreated to a Shaolin temple to study martial arts, has been forced to return to work, and to accept a post as a special agent in a private detective agency.

He's a hero in the traditional mold, absolutely honest, hardened to the work he does but certainly not cynical or disillusioned. His life takes place in the near future, in a civilization dominated by technology and constantly taken up with problems of pollution and the excessive power of the mass-media. The city looks like an immense megalopolis; furthermore, the State is well aware that the police force alone can't manage to tackle the rising crime, and so the authorities have encouraged the establishment of private agencies partly subsidized by private funds. The Alfa Agency Nathan works for is one of these. The metropolis where Nathan lives and works doesn't have a name. It, or rather SHE is simply "The City", obviously inspired by Los Angeles in "Blade Runner" and Gotham City in Frank Miller's "Dark Knight". But there's also no lack of short visits to a sort of Far West made up of land scorched by the sun or by radio-activity (like Australia in "Mad Max") and the adventures in a "zero" lunar setting (the location of mines and a super-prison) or on orbital stations, real cities suspended in the darkness of space. 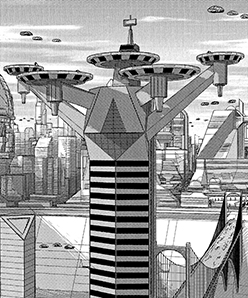 A cross between the  old honest, fearless hero and the new cynical, easy-going anti-hero, Nathan Never was created by Michele Medda, Antonio Serra and Giuseppe (Bepi) Vigna, a trio of young authors who had long been working for Sergio Bonelli as scripts for some of the Dylan Dog and Martin Mystère stories. Nathan Never is physically strong and athletic as a result of his training. He doesn't have any bionic grafts or extra-sensory powers.

In his world there aren't any machines for travel in space or time. Nathan uses his gun only when there is no alternative. His special agent's salary, although high, isn't enough to make him rich; for years he has used his money only to pay for his daughter's treatment. And now that she is cured and has left to go into space, our hero only uses his money to build a new life for himself and his partner Hadija. Nathan fights for justice, but he's not fighting a crusade. One of the features of the series is that all the characters, heroes or criminals, are portrayed as people who have a motive - right or wrong - for doing what they do. Goodies and baddies don't exist - but good and bad deeds do.