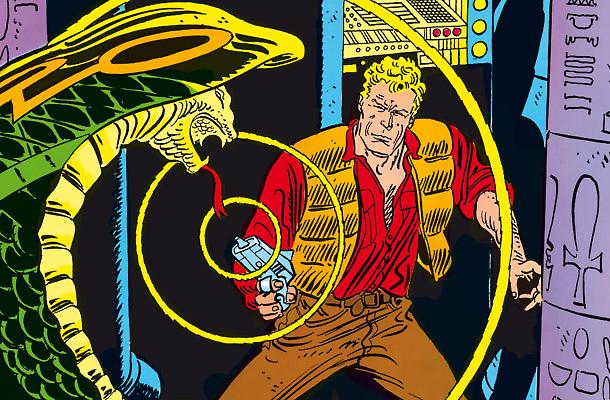 My name is Martin Mystère

Are you looking for an archaeologist, an anthropologist, a Detective of the Impossible? Summon MM!

Created by the imaginative pen of Alfredo Castelli in 1982, 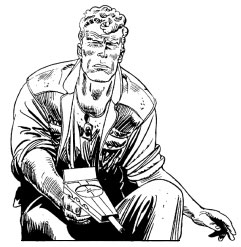 and and given graphic shape by Giancarlo Alessandrini, Martin Jacques Mystère is a very unusual detective. An archaeologist, an anthropologist, an art expert, collector of unusual objects, a man of action and indefatigable traveler, he is American by birth (he lives in New York, in a small apartment full of books and curios at Number 3/A of Washington Mews), but he acquired most of his cultural education in Italy. After the mysterious death of his parents (1965) in a plane crash possibly caused by the Men in Black, he began to delve into the "great enigmas" that have never been solved, i.e. the enigmas for which "official " science has not yet found a rational solution - from archaeological to historical riddles, from scientific to parascientific to esoteric mysteries, occasionally venturing into the field of UFOs, ESP and magic. These are subjects that have the haunting appeal of the inexplicable, a fascination that becomes even more disquieting when the mysteries happen in our very day, in our own society and own time, and when the fantastic suddenly bursts forth into apparently quite ordinary and everyday environments 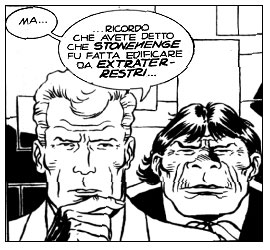 . At the  conclusion of each of his "investigations", Martin Mystère records his findings on a personal computer - he's an expert at the computer - and then he uses his experiences as inspiration for best-selling books and for a TV programme entitled "Mystère's Mysteries".

Although he has a powerful athletic build and has an excellent command of his body, and although he is a formidable "everythingologist",  possessing a powerful futuristic "gadget" (a mysterious weapon that's "fifteen thousand years old" and emits rays capable of momentarily paralysing his adversaries), Martin Mystère is most definitely not a "superman". He's capable of great self-persiflage (in fact he doesn't take himself too seriously and calls himself "Good Old Uncle Marty"); furthermore, he has quite a few defects (he tends to be a night owl, he's rather long-winded, afraid of growing old) which make him an entirely "human" and thoroughly appealing character. His faithful companion in adventures is the Neanderthal Java, a veritable cave dweller whom Martin came upon in a prehistoric "niche" in Mongolia. Since his chance discovery by Martin, Java has become a bit more "civilized", but it's only a superficial veneer. Martin Mystère and Java make up one of those "impossible" pairs that can exist only in the world of imagination. As his saga unfolds, Martin often finds himself up against the "Men in Black", a sort of secular sect hostile to all discoveries or hypotheses that run counter to the Establishment or to the official status quo. Another constant adversary he has to contend with is Sergej Orloff, an old buddy from his youth, but one who has ended up devoting his life to crime. 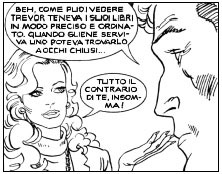 Martin is not a super-hero but a "normal" person,  and he doesn't launch himself into dangerous enterprises for the sheer thrill of doing it; when he prepares to face severe risk, he has to have specific reasons. He is a very cultured man, but he doesn't know everything about everything. He earns good money, but he doesn't have infinite financial resources. He's not a playboy: he loves the fair sex, but he is basically monogamous, and he's faithful to his partner Diana Lombard (and viceversa). Martin is not a detective in the strict sense of the term. He doesn't have "clients" who turn to him in order to get a mystery solved; he doesn't carry out fee-paying investigations or investigations on which he is paid a commission. Rather, he enters into action only if the subject is of special interest to him. Sometimes - but only seldom - his friends Travis or Chris Tower involve him as their consultant in particularly mysterious cases.