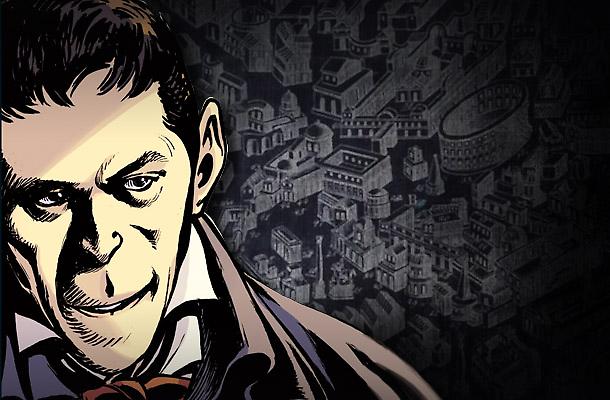 Mercurio Loi operates in a Rome that goes through a very strange time. He needs to move among conspirators, secret societies, strange and unusual figures, in such bizarre time of history that the Pope had turned into a king. It's the era of Papal Rome, and 1826 is the year after the Jubilee.

► In a timeline, where's the position of the first issue of the regular series and the debut adventure that has been published on Le Storie n.28?

► What are the series' main themes?

Mercurio Loi is not a historical tale: it is a series set in a particular time in history. So, the stories of each episode revolve around philosophical and psychological themes that, in the end, are about our contemporary time: a reflection about evil, madness, and corruption, wondering if we really can do something to save the world... But also fear, identity, power, and the nature of being a hero... These are the ideas that will go around in our albums. The supernatural and fantastic element, instead, will be completely absent. But you will find a bit of the surreal in the series, since it tells the story of a world of madmen, as Rome was at the time.