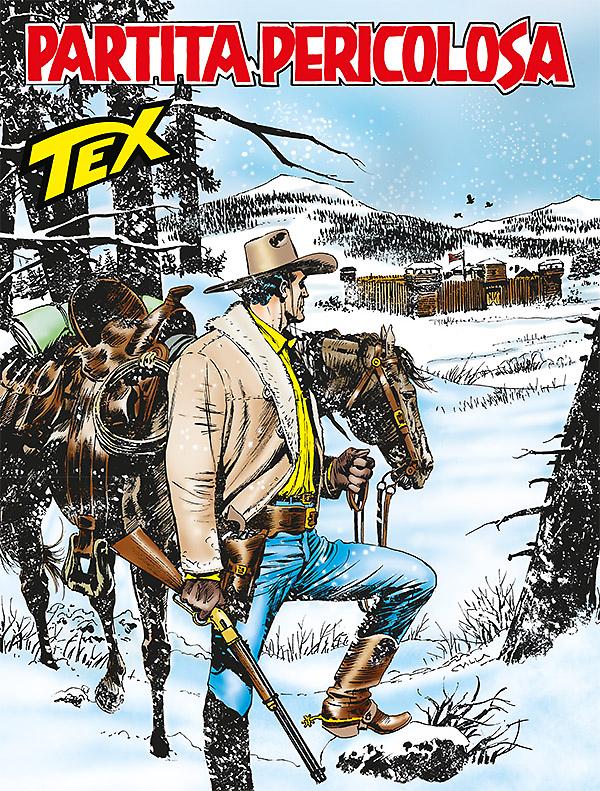 Introduction: A diabolical conspiracy in the Colorado snow!

Winter is coming on the Rocky Mountains… Jack Spencer, an old Ranger and one of Kit Carson’s friends, ask Kit and Tex Willer to investigate in Fort Stanton, a place ruled by the utterly violent Sergeant Duncan. While the local Ute tribes are ready to go on the warpath, snow begins to cover the tracks of a blood-tinged trail…