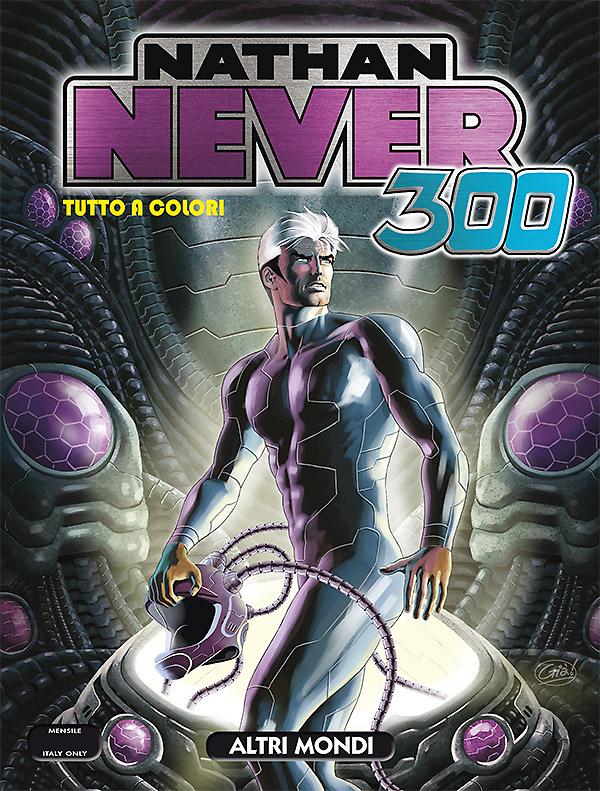 A mysterious squad causes a blackout, paralizing East City. A few day later, an Agenzia Alfa team raids a hideout of the alleged terrorists. When an innocent person is shot dead in the following gunfight, the responsibility for it must be taken by the man who led the mission: Nathan Never. While he's trying to prove he was not involved with the shooting, the Alfa Agent is contacted by the same hackers he had been hunting for…