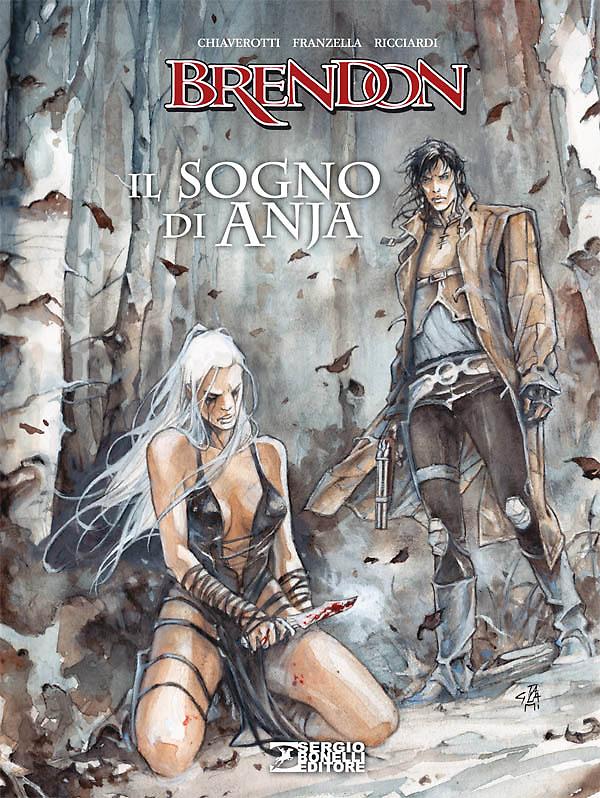 A hard-cover volume about Brendon D’Arkness, the knight errant who lives in the future Middle Ages. The author of the series is Claudio Chiaverotti, who writes stories for Dylan Dog and also created Morgan Lost, his new character that debuted at the newsstands in last October.

Brendon has been the leading character in a successful series that lasted 100 issues. This volume collects the saga of Anja, the fragile and at the same time fierce warrior girl, whose fate will become intertwined with Brendon's. Anja is a fighter, but a savage event changed her whole life. And her encounter with the Last Knight Errant will be lethal for both of them.

The artists for this cycle of stories, so popular with our readers, were Giuseppe Franzella and Giuseppe Ricciardi, who both gave, with their sharp and intense style, a strong personality to the character created by Chiaverotti.