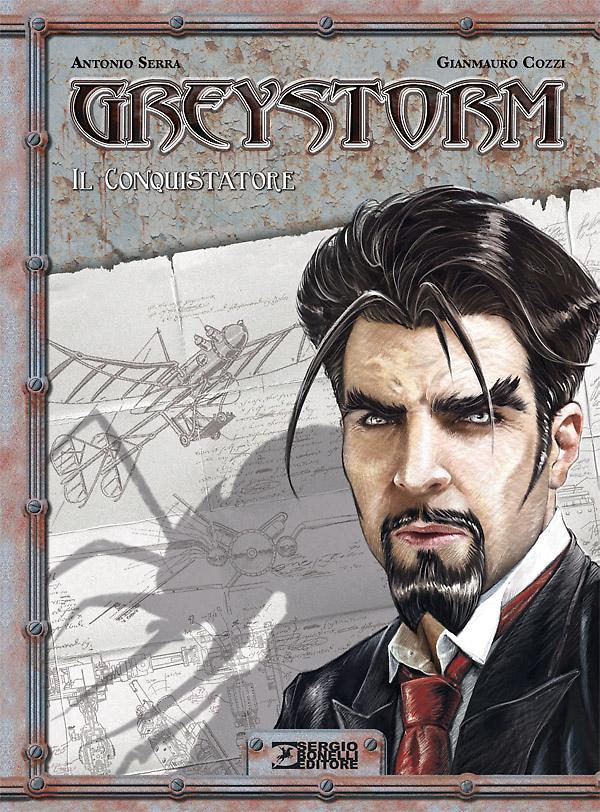 Conceived by Antonio Serra – one of Nathan Never’s “fathers” – and artist Gianmauro Cozzi, this saga is set at the beginning of a century where science and technology triumphed and, for better and for worse, became the predominant feature of our lives.

In the first volume of this trilogy, we are in England during the Victorian Era. Robert Greystorm, a brilliant and undisciplined young man, plans to build a machine that will allow humans to fly, with the help of Jason Howard, an old college friend of his and scion of a wealthy family. On board of the Iron Cloud, a sort of dirigible airship designed by Robert, the two friend will reach the South Pole, with a small crew; for Greystorm, this journey will be marked by an encounter that will change his life forever, urging him to take a dramatic turn.