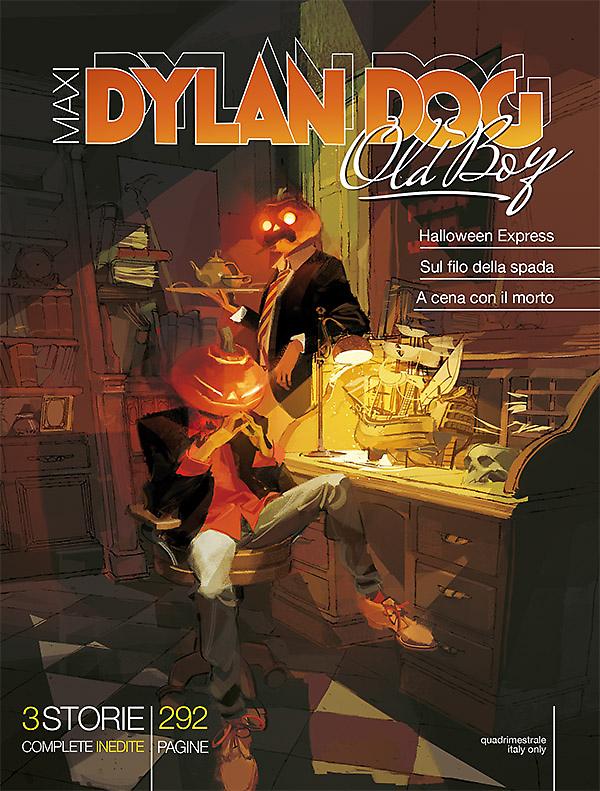 Introduction: A new Maxi Old Boy: fog and death for Halloween, demons from the land of the Rising Sun, and a restaurant where murder is included in the menu!

In an empty movie theater, Dylan meets an attractive woman, Julie… Together they will enter a London ridden with figures from the past: people who died a violent death… And it’s the Halloween night, when everything may happen in the foggy streets of the city.

The dweller of Craven Road investigates about strange events connected to an exhibition about feudal Japan, a time dominated by superstition and magic, when humans and demons fought for supremacy over earth and air… and our hero ends up falling in love with Nanako, the organizer of the exhibition.

What’s the link between the mad homicidal fury that hit the British capital city and the “Cain’s Hand” restaurant? What’s the role in all that of Frederick Lloyd, owner of the theme restaurant, where the leit motif is murder? Dylan will have to find out.