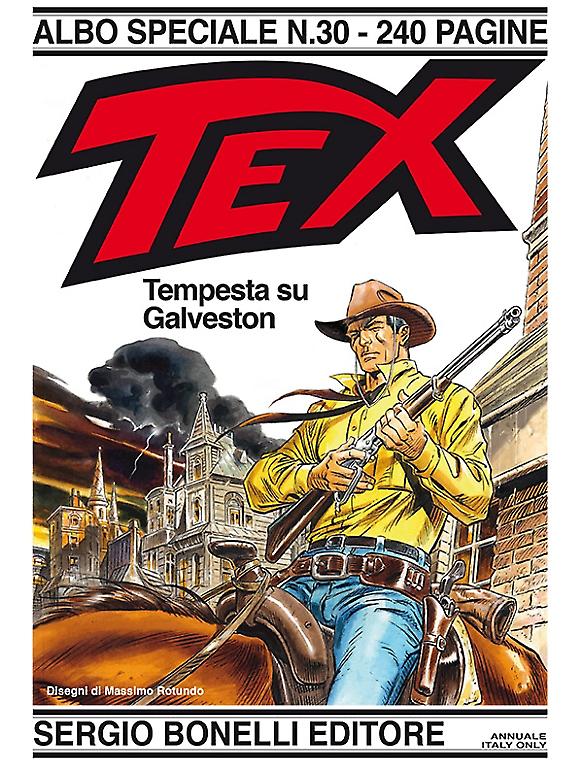 Introduction: A frightful hurricane is ravaging the southern coast of Texas!

Colonel Woodlord lords it over his plantations just like in slavery times. On the tracks of a raiders' gang, Tex & Carson are involved in a plot to find a treasure: the inheritance of a notorious gambler. A ruthless, no-quarter hunt will lead the two pards' to reckon with the fierce colonel, while Galveston is hit by the worst storm of the century!