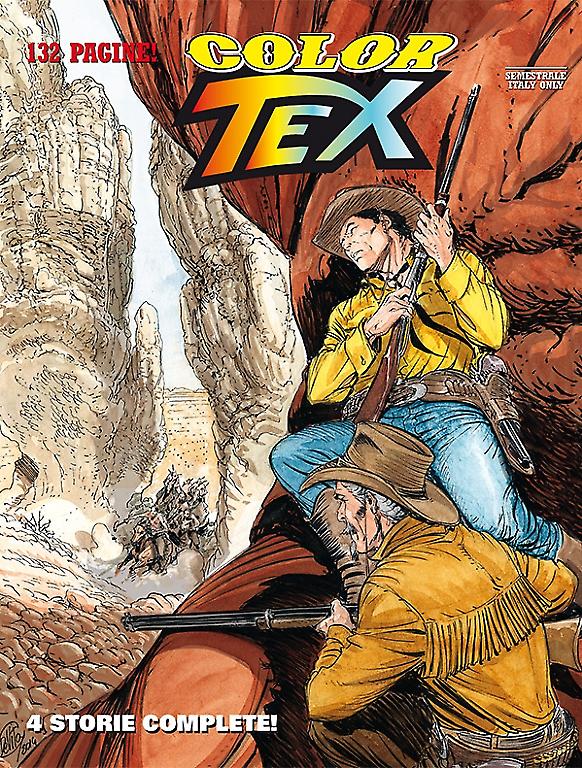 The sixth issue of Color Tex brings back the original format that was an instant success in n. 4: four, full-color complete episodes, each by a different writer and artist, with many “novice” authors for the Ranger’s stories!

Some people feel honored to serve the Law, while others throw their Marshal’s badge in the dust...

Three men arrange to meet with death in a pueblo in New Mexico...

What’s worse—the darkness of loneliness, or the deaf and blind obscurity of prejudice?

He had the scoundrel’s luck... until Tex became his shadow!...