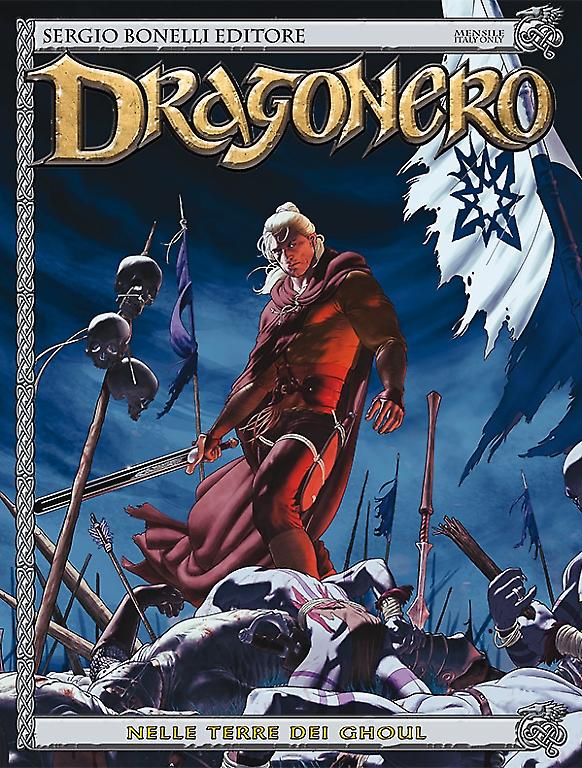 Introduction: It won't be easy to come out unscathed from the Ghouls Kingdom, for Dragonero and his fellowship!

Young Sophia Devin, the noble daughter of an Imperial dignitary, is travelling through the central forests with her guards, whose ranks also comprise Myrva, Dragonero’s technocrat sister. On its way, the convoy is attacked by a band of Ghouls that massacre the soldiers and, after kidnapping Sophia, request a ransom for her release. Attached to a squadron of the Candaryan cavalry, Ian and Gmor go to that area to solve the situation. But things immediately appear to be more complicated than they thought. Myrva has gone AWOL. There’s no trace of Sophia, too, and the Ghouls have changed the woods into a deadly trap!