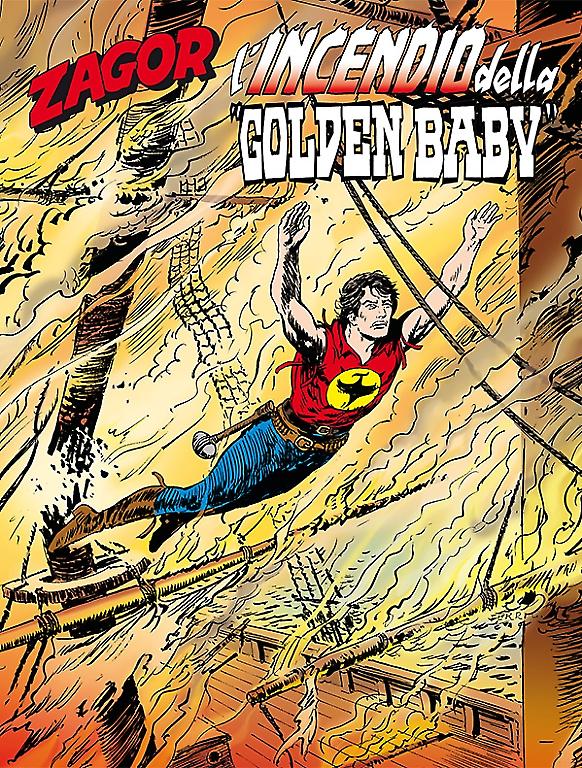 Introduction: Mortimer goes on a rampage and his revenge against Zagor seems to have no limits!

Mortimer is having his revenge on Zagor in the cruelest way: first, he forces the Darkwood hero to fruitlessly try and save Doney, the trapper. Then, he kidnaps Dr. Sand and Tabitha, his Indian wife, compelling the Spirit-with-the-Hatchet to a dire choice between the doctor’s and the woman’s life... But the criminal also tries to set Captain Fishleg’s “Golden Baby” on fire and destroy it! And that’s not enough yet: with the connivance of his henchman, Jonathan Clark, Mortimer wants to also kidnap Cico and Virginia Humboldt, in order to draw Zagor into a deadly trap...