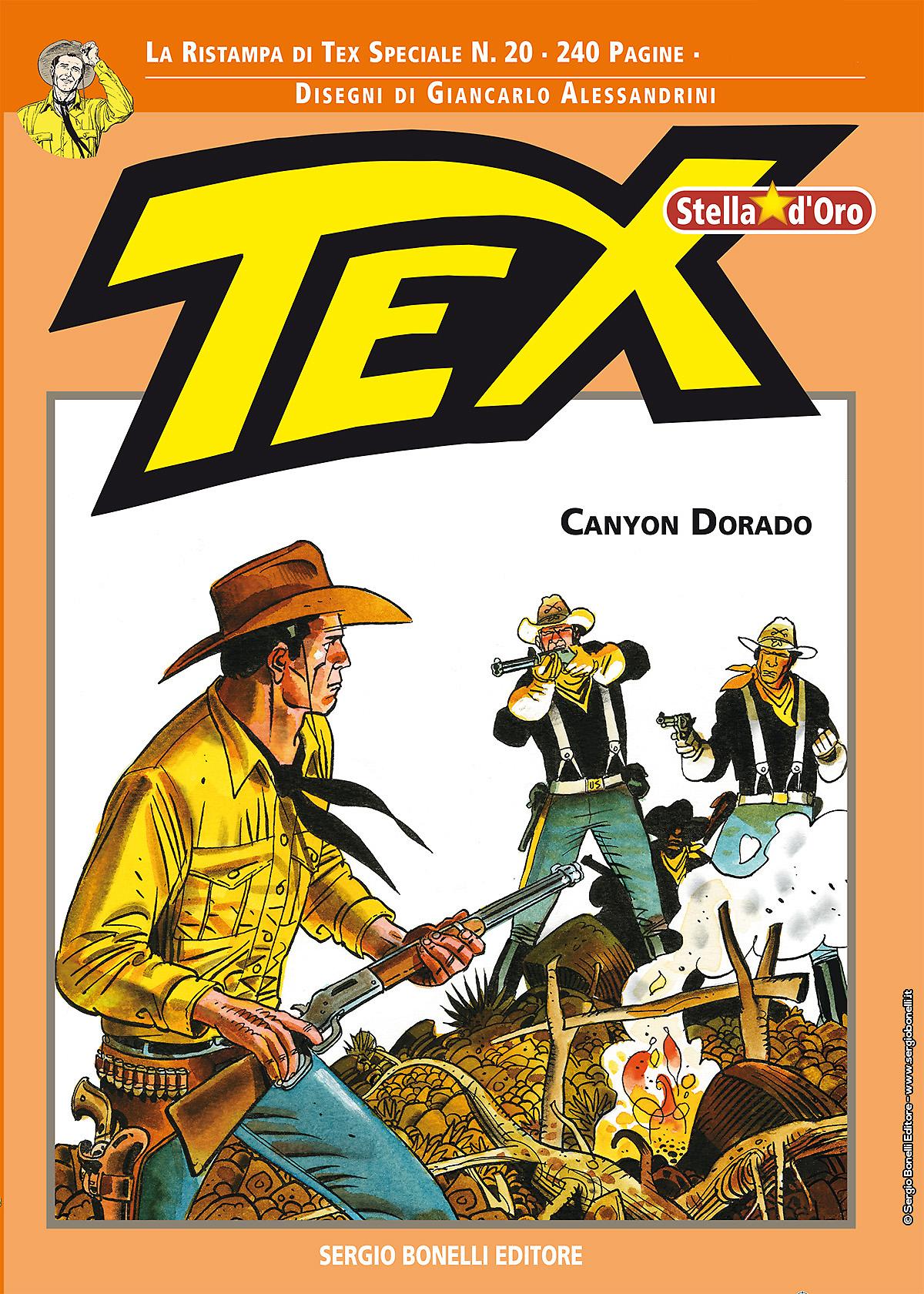 Introduction: A lengthy pursuit across the Arizona desert on the trail that might lead to the legendary gold canyon!

The band headed by Cimarrón, a rogue Tex has already had dealings with in the past, is determined to track down the fabulous “cañon dorado”. Perhaps the location of the legendary gold canyon, which figures in ancient Spanish lore, will be revealed to them by Sunday Jim, a guy who’s been a treasure hunter all his life. But what happens is that Jim gets kidnapped by Cimarrón and his men, after they’ve entered into an alliance with a group of rebel Apaches led by the renegade Juh, who opposes the authority of the wise man Cochise. And this prompts Tex to race off in hot pursuit of the criminals. It’s going to be a grueling chase across the Arizona desert, and it’ll turn out to be even more problematic on account of the condition of Carson and Tiger Jack, who’ve become transformed into involuntary hostages of this bunch of gold-thirsty crooks! 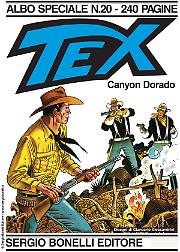