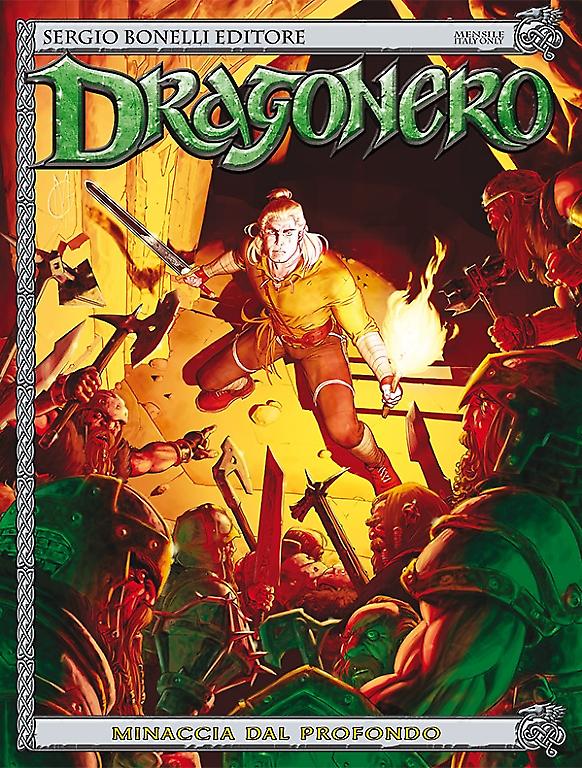 Introduction: A danger coming from the inaccessible and unexplored depths of the Erondàr is hidden under the city of Solian!

Solian, the city where Ian lives with Gmor and Sera, is shaking! But it’s not some natural quaking of the earth; something is digging tunnels and burrows, creating potholes in the streets and posing a risk to the foundations of the city itself. Dragonero & co., with the help of a quirk character – an Imperial “Mapmaker”, an expert in the catalogation of the underground ways of the urban centers – will have to go in deep in the caves that spread in Solian’s underground, where a team of Dwarves, belonging to the notorious Syndicate of the Mining Dwarves, is doing its work: digging. A threat, far worse than the warmonging and unreasonable miners, is waiting for our heroes, concealed in depths never reached by men, orcs, elves... or dwarves!