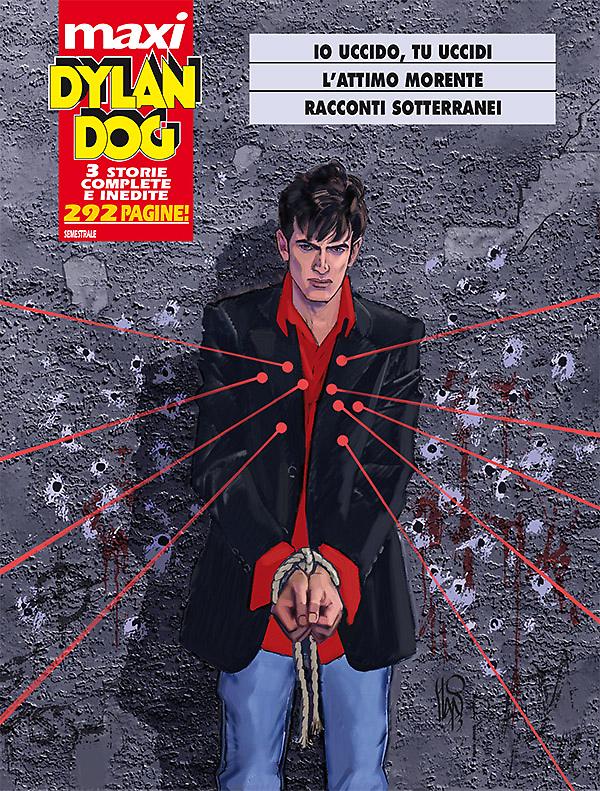 Introduction: A crazed game of death, a mysteriously disappeared "poet of pain", and monsters in between fiction and reality!

The goal of the game is to survive. Every player is a prey and a hunter at the same time. You can kill with every weapon and any way you like. In order to save Groucho, the Nightmare Investigator gets stuck in the spires of a deadly game with crazy rules, where saving your life seems impossible.

At the premiere of an important one-man exhibition of his works, the famous photographer, Philip Baxter, who the critics labelled as the “poet of pain”, doesn’t show up and nobody hears from him ever since… But what’s the connection between his disappearance and the string of appalling crimes Dylan Dog is inquiring about?

An editor of Underground Press is reading the many horror stories sent to her by hopeful writers, while true monsters spread death on the streets of London… And the werewolves, ghosts and mummies of the horror fictional universe get mixed up with the real ones…