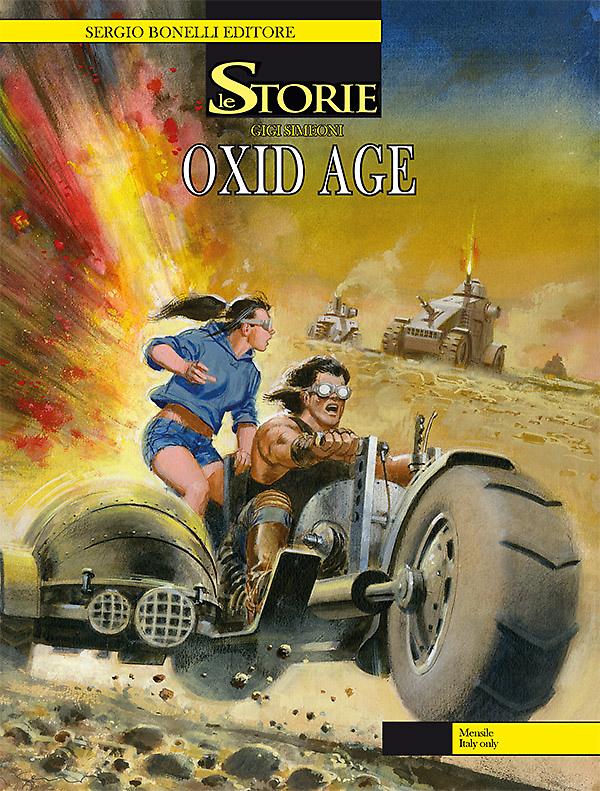 Introduction: In a ruthless Next Dark Age, humanity must fight against a new illness: the Ossidancy!

A future Dark Age. After a catastrophic past, humanity is facing an uncertain future. A terrible disease – Ossidancy – is scourging the oil metropolis called Civilian, that survived for decades trading the black gold for the only known medicine: the healthy blood of Lith’s citizen… Now their alliance has failed, and for the plagued population there’s no other way but the exile. That’s the path taken by Joe, who lives in the desert with his friend Arco, resigned to wait for an unavoidable ending. But their waiting will be disrupted by a young woman, Alba, and the clouds of war that are building up on the horizon!