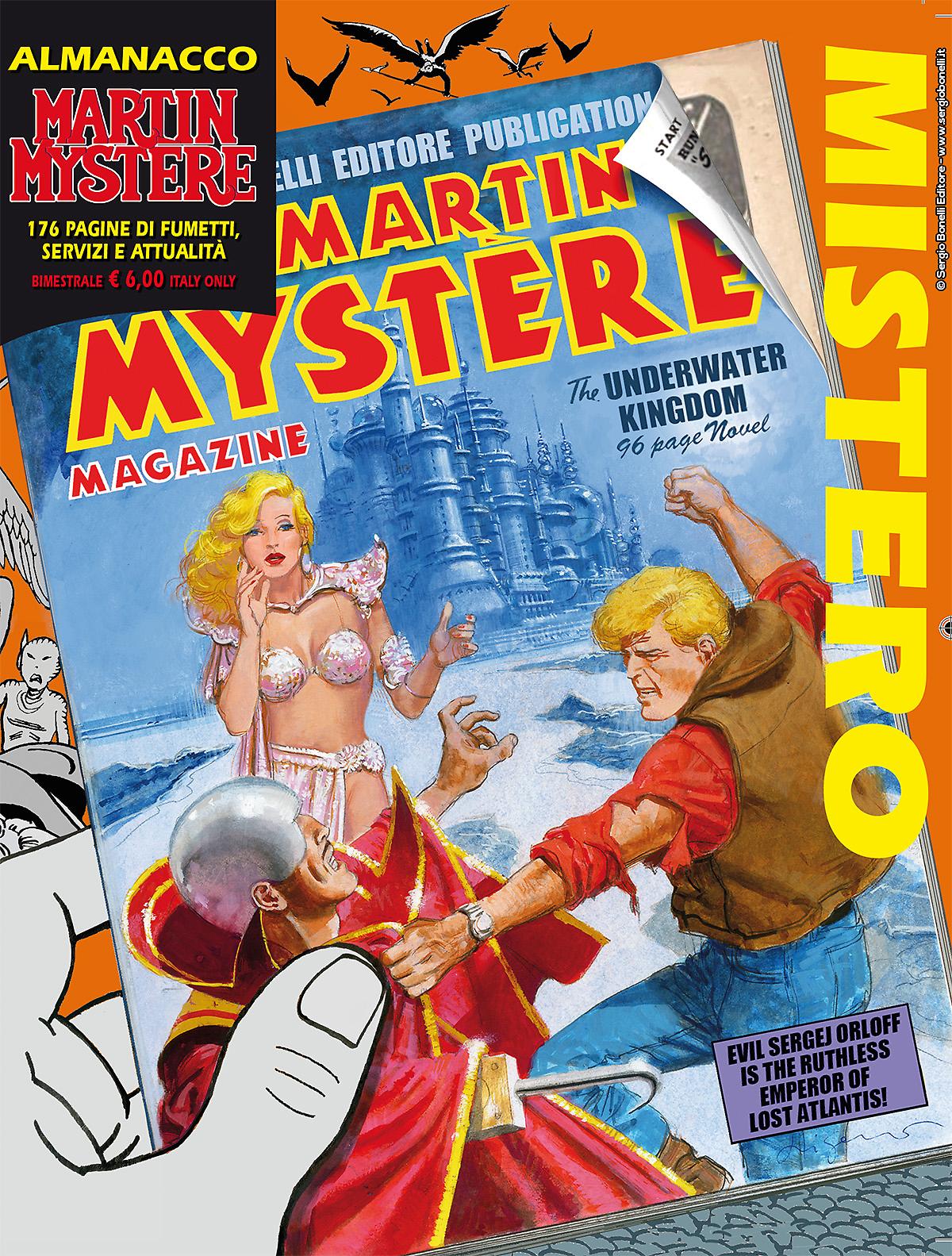 Introduction: What would have been the look of Martin Mystère, if he were born in the Thirties, the golden age of the adventure novel?

Dozens of transatlantic liners vanished into thin air. A strange pair of tourists. An illusionist and his charming assistant. A submarine wielding a lethal weapon. A compressed-air subway. A futuristic secret base. A city under the Atlantic. A sinister emperor who raised from his tomb. A limitless source of energy. A lamasery hidden in the mist. An interrupted marriage. Duels, betrayals, revenge, talking rabbits, impossible love stories, in a crazy tale set in the fabulous Thirties,the golden age of the adventure novels, with Martin Mystère, Java, Angie, Diana, Chris Tower, Max Brody and Inspector Travis as you (almost) never saw them! This year’s Almanacco also features dossiers about George R. R. Martin, the heroes of Pulp Magazine, from Doc Savage to The Shadow, and imaginary lands, from Pellucidar to Castle Rock, as well as the usual overview of Mystery books, movies, TV series and comics of the year!