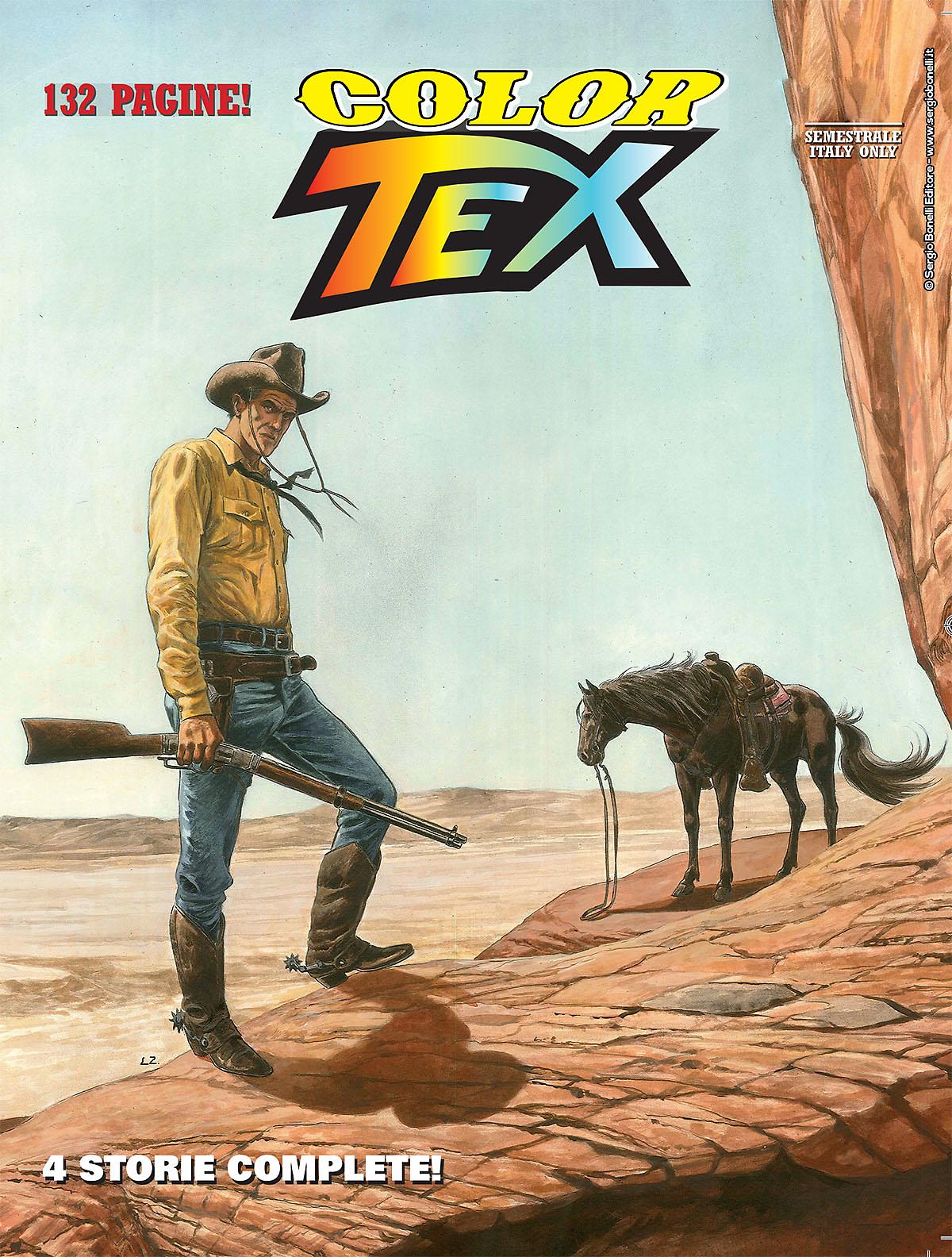 Introduction: Four breath-taking adventures with all the colors of the West!

The fourth issue of Tex’s color series is the first of a new format with a sixmonthly publication, featuring four 32-page complete stories. The first four adventures, with political intrigues, ruthless killers, bounty hunters and sacred Indian valleys, will be signed by four veteran writers of Tex’s stories and four artists that will work for the first time ever on our legendary Ranger. Tex as you’ve never seen him before! We bet he’ll be able to surprise you, once again...

L'uomo sbagliato
Among the passengers of the stagecoach, who’s the hitman that is getting ready to kill Senator Roland?

L'ultimo della lista
Bounty hunter Scott Wannabe caught all the members of the Dillon gang... all but one!

La valle sacra
There’s a fabulous treasur hidden in the valley of the spirits... but only the Natives and those who are pure at heart can enter it without causing the wrath of Manitou...