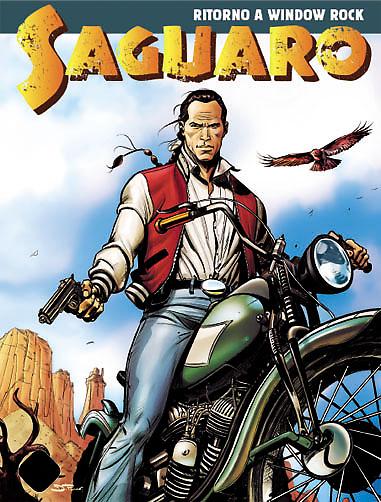 After serving in the Army, Thorn Kitcheyan comes back to Window Rock and is soon involved in many troubles. When young Miguel unwittingly witnesses a ruthless murder, and the rich and shady operator Noah Folsom tells his men to dispose of the boy, Thorn, known by everybody with his nickname, Saguaro, takes sides with Miguel, clashing with Folsom and Captain Walken, of the Tribe police. Framed with a charge of double murder, Saguaro is forced to flee to prove his innocence, and the hunt begins...