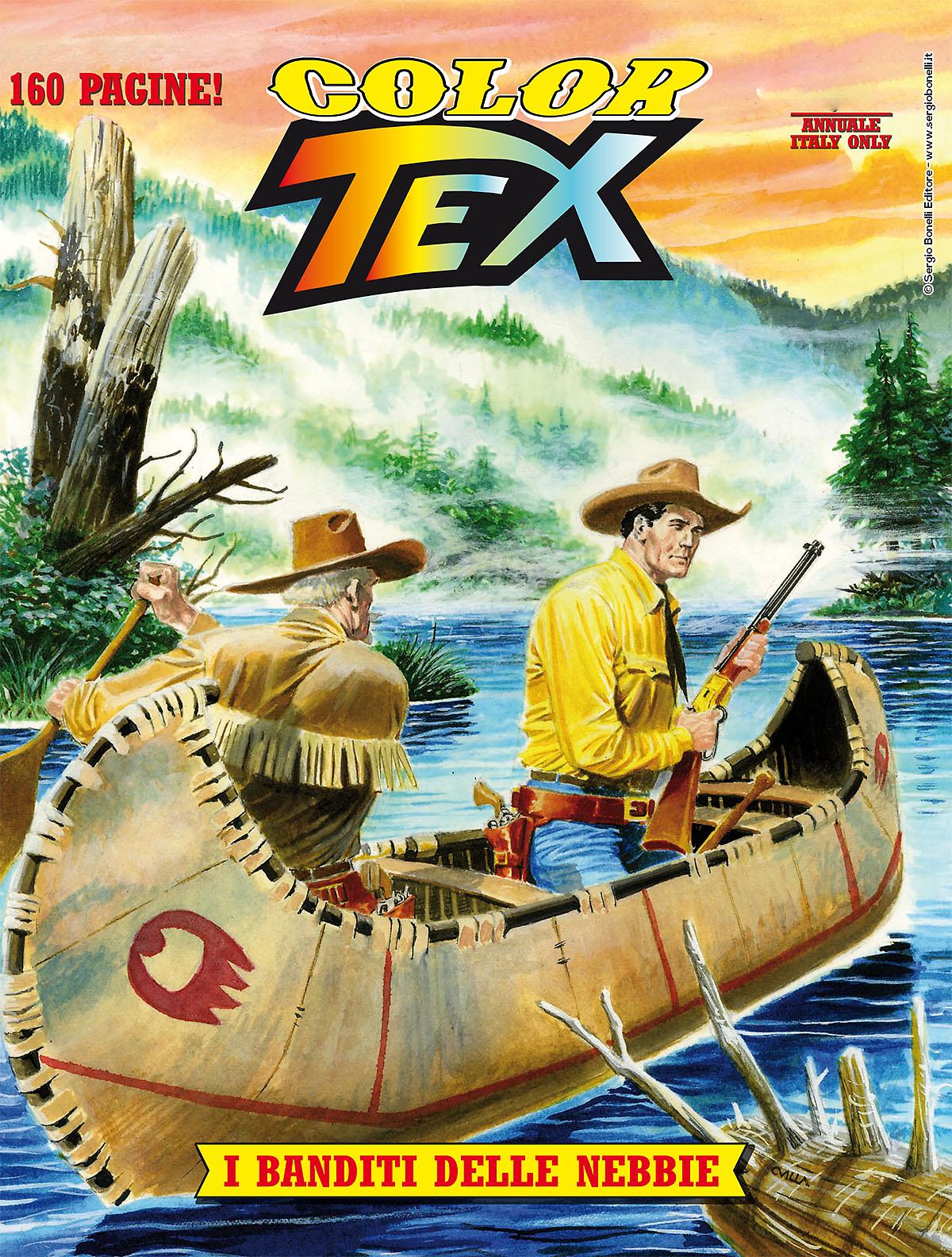 Introduction: In the Great North, Tex will face a cruel raiders' gang!

After being able – with the help of Gros-Jean – to catch the clever smuggler Samuel Chance in Canadian territory, Tex and Carson decide to escort him to the United States, where he’ll undergo his due process of law. To accomplish that, they’ll have to cross Lake Okanagan, in British Columbia, a hundred miles from the border. That’s the place where the two pards’ will face a dark legend that scares the Native hunters, along with the cruel and very real ways of a man called Uncle Bear...