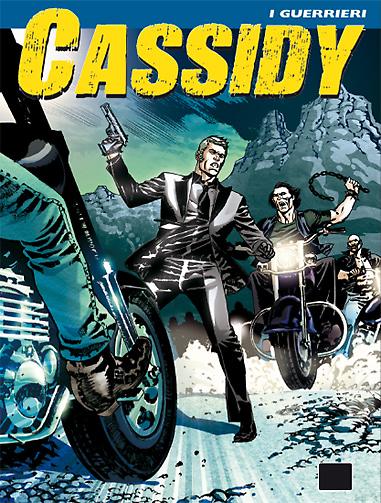 Introduction: Just like his father, Danny Cassidy shows a certain propensity for... getting himself in trouble!

Danny Cassidy is in bad trouble. He joined a gang of wild and violent bikers, but he imprudently got intimate with Reba, the woman of their leader. Between clashes with rival gangs and daring escapes along scorching hot highways, it could end very badly for the young man; but all of a sudden, a black car emerges from the desert. At the wheel there’s a man that Danny hadn’t seen in a long, too long, while: Raymond Cassidy, his father!