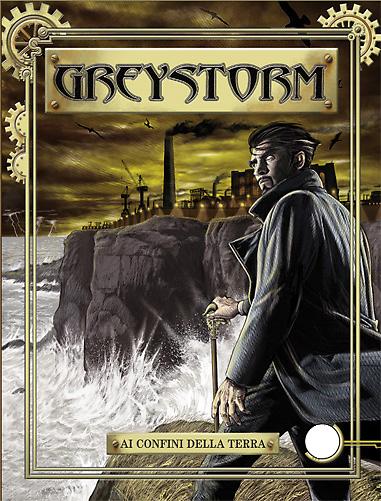 Introduction: In the village of the damned, only one man can uncover a horrible truth!

While the world is on the verge of World War I, Robert Greystorm carries on with his plans — on the Cornish coast, in a town called Land's End, a mysterious plant is working non-stop... Who are the disquieting workers that live inside it? What are the malicious relationship between Greystorm and Scotland Yard? The young Ian Thompson will find out about it, and he’ll realize the menace that’s looming on Jason Howard and, above all, on his daughter Mili...