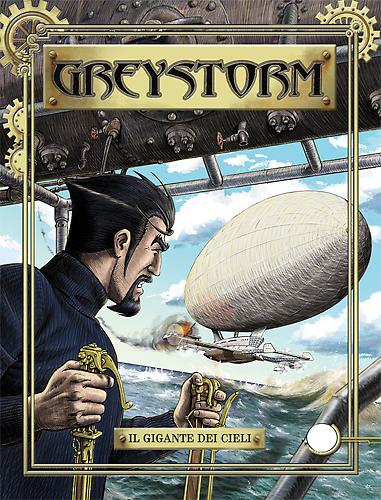 Introduction: Greystorms journey segues on, and the projects of the protagonist begin to take shape

During the last months of 1898, in a secret hangar, on coastal area in New Zealand, Robert Greystorm leads a group of men to build the first flying ship of human history: the Iron Cloud! The harsh temper of the ingenious inventor, and the obstacles posed by a never-before attempted feat, create severe disagreements among the workers involved in the project. When the Iron Cloud takes off for its final destination, the South Pole, the members of its crew will be caught in an unforeseeable high-flying drama!