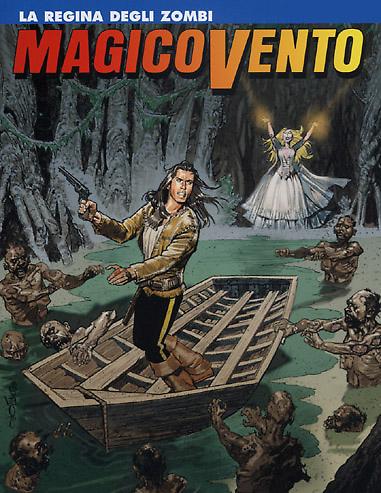 Introduction: An army of living dead vs. Magico Vento!

Hogan arrives in New Orleans before Magico Vento and finds an ally in Lucille Beaumont, sister of the zombi Colonel of the Confederate Army, who was previously killed by Ned. The woman lives at the edge of a swamp, in a cursed mansion… Her magic is so powerful that Ned will need all his ability to survive the trap he'll be faced with. While Magico Vento confronts the Queen of the Zombies, Hogan tries to reach the Ultimate Door, a secret place where the Ancients promised to meet him...