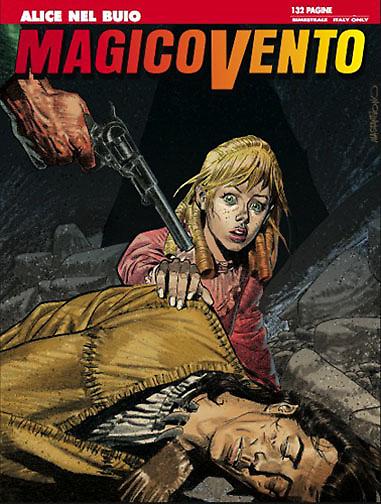 Introduction: Both Alice and Magic Winds destiny lays in the hands of bloodthirsty Ma Beths family...

Hunted by the soldiers trying to have their vengeance for Custer’s death, Magic Wind ends up in the hideout of a gang of cutthroats, led by the clever and cruel Big Eddie. Ned’s fate will be linked with that of Alice, proud 11-year old daughter of the region’s military commander. The girl, kidnapped by the outlaws, is sold to Ma’ Beth, despotic mother of seven killers — Alice’s only hope is Magic Wind, who’s seemingly out of action now …