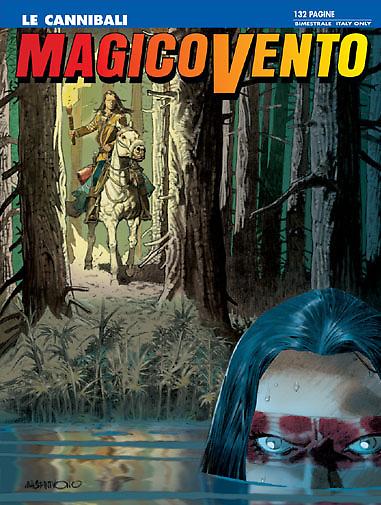 Introduction: An arcane and enchanting voice echoes during a chain of bloody crimes... Only Magic Wind can stop it!

In Cree Reservation peace is threatened by a string of horrible murders. The Natives believe it to be caused by a curse, and accuse three wild girls who live in the woods, daughters of a legendary witch. The tribe’s witchdoctor seizes one of the suspected girls and kills her with the same ruthlessness of the previous killings. But the investigating head of the Mounted Police, seeking justice, is not convinced that the bloody murders had been perpetrated by three superhuman beings. To avoid the spreading of superstition he apprehends the witchdoctor. Magic Wind, sent to the Reservation to separate facts from myth, will be facing a scenario worst than anyone could think. And there’s one more catch: one of the two surviving wild girls is undoubtedly innocent— which one, though?