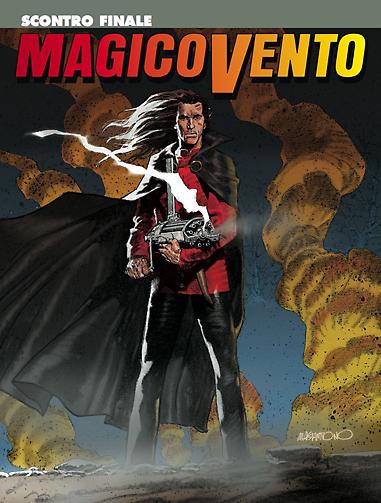 Introduction: The last battle wont be fought just by Ned and Aiwass, but itll be everybody against everybody

The necromancer Aiwass has undergone a reincarnation as a perfect double of Magico Vento. Their two existences have become intertwined, and if one of the two kills the other, he will kill himself too. But wait, is that really the way things are? Magico Vento is willing to run the risk and he goes to the fateful meeting. The venue has been arranged on the highest hilltop of Washington, at an old military emplacement where the secret services have set up a mysterious trap…