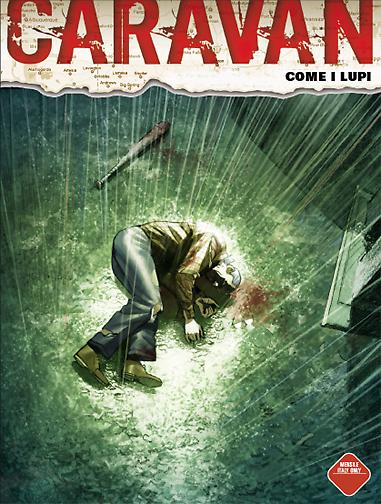 Introduction: Nest Points caravan has to face the violence of the pack and alien abductions!

After the puppy dog, Chip, is attacked and wounded by a rabid Alsatian, Davide and Jolene fraternize with Whitley Adamson, a strange man who says he’s been abducted by the aliens. Adamson doesn’t know that his quirkiness made him a target for hooligan Kurt Bresler, and his stooges Rico and Jim Bob. Meanwhile, Massimo is confronted with the dramatic consequences of the herd mentality: in a world populated by wolves, violence strikes the hunter as well as the hunted.