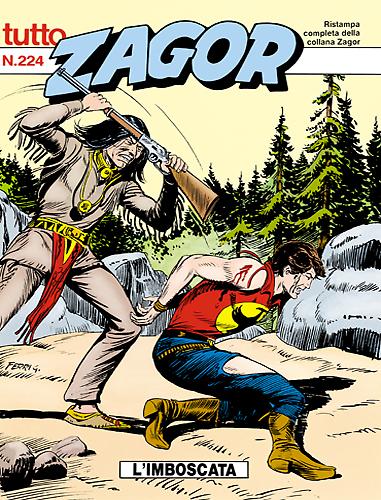 Canada. The Kutchin slave tribe, who takes them prisoner, captures Zagor and Chico. The Kutchins agree to join the other tribes in a great revolt against the white men, led by the mysterious “He-who-doesn’t die”, behind whom is concealed an old enemy of Zagor’s!

In this issue: The cover story begins on page 40. The story entitled “Duello ai Grandi Laghi” (by M. Toninelli and F. Bignotti), which began in the preceding issue, ends on page 39. 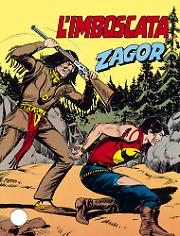