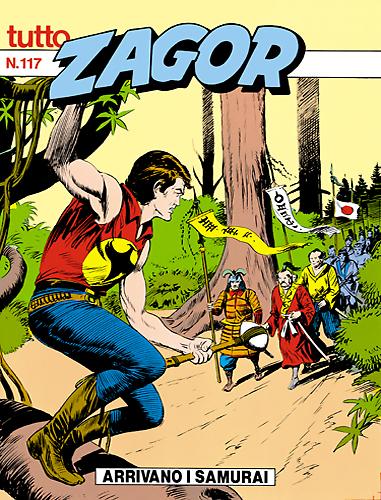 George Ferguson is a breeder who has undergone some livestock theft. He has located the thieves’ den and wants Zagor to lead his personal army there: a small squadron of samurais come from the far East to exercise the art of war even in the New World. They are led by the skillful Okada Minamoto and easily massacre the livestock thieves. But Zagor guesses that the ruthless warriors with the almond-shaped eyes have even more sinister plans in mind...

In this issue: The cover story ends on page 59. The story entitled “The Man Who Comes From the Orient” (by G. Nolitta and F. Bignotti) begins on page 61 and continues in the following two issues. 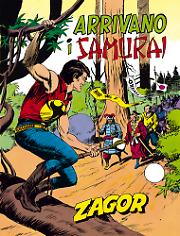