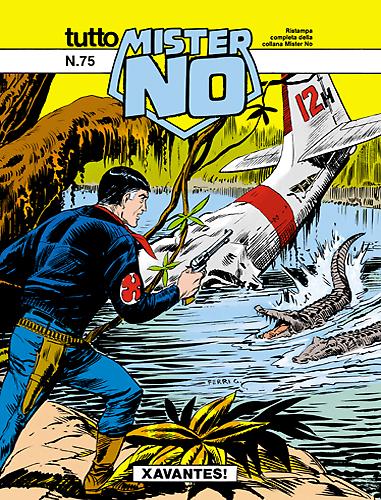 The secret services of Brazil and of the United States ask Mister No and Esse-Esse to recover a load of atomic bombs that has fallen in the territory of the warmongering Xavante Indios. But the agents that accompany them have sold out to the South.-American government and attempt to kill our two heroes…

In this number:
The cover story finishes on page 75. The story “Incontri pericolosi” (“Dangerous encounters”) (by Nolitta and Diso) starts on page 76 and continues in the next two comics. 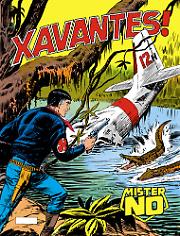