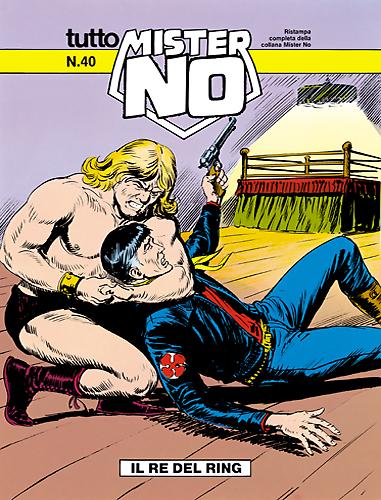 With the help of Miguel Gallego, Lieutenant in the Puebla police force (who initially believes he is hand in glove with “Tango Martínez”), Mister No has a good chance of liberating his friend Deborah… But among his gaolers there’s El Buclecito, the top-class Mexican wrestler!

In this number:
The cover story finishes on page 52. The story “Atteraggio Forzato” (Forced Landing) (by Nolitta and Diso) begins on page 53 and continues in the next two issues. 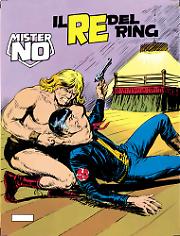