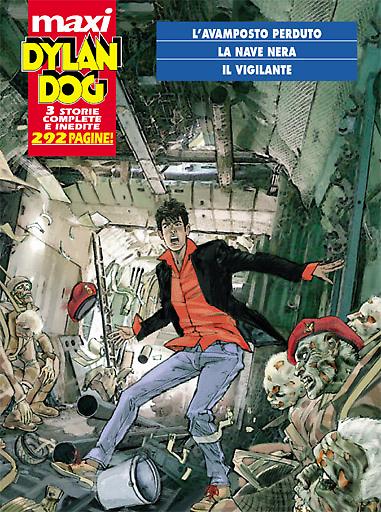 Introduction: Soldiers in the mist… Thames dark soul… a killer who sees the future…

Back in London, Dylan gets lost once again, ending in an Royal Air Force camp where a squad of soldiers is held captive. If you try to leave the base, you’ll misteriously vanish, abducted by an alien light from the sky. La nave nera
Plot and script: Giancarlo Marzano
Artwork: Montanari & Grassani

A sinister craft is sailing the Thames’ muddy waters, slaughtering everybody in its path. To stop the massacre, the dweller of Craven Road will have to investigate the disappearance of a young girl who belongs to a sect of “river worshippers”.

He’s been nicknamed by the press “The Pre-killer”, for his ability to foresee the actions of the murderers and wipe them out. Now, though, this unusual avenger is gone far beyond, beginning to eliminate people just for the intention of committing crimes… the Nightmare Investigator included!