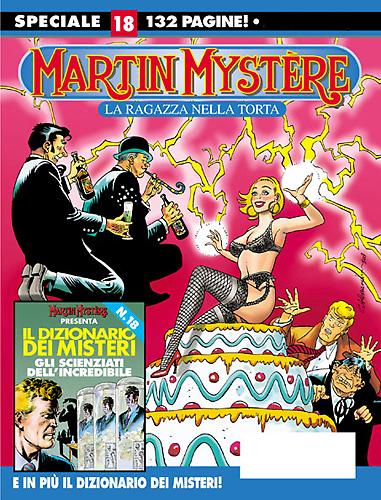 A dramatic murder that took place in late nineteenth-century New York once more takes center stage when scholars from the “Elsewhere” base shed new light on the circumstances that surrounded it. What kind of relationship was there between one of the greatest scientists of the era, Nikola Tesla and Stanford White, a famous and very wealthy architect from the “Big Apple” – who, one might add, was also an unforgettable organiser of risqué parties? This is what Martin Mystère is trying to find out: he’s been entrusted with investigating into a series of curious abductions that the demential twosome Dee & Kelly and the increasingly alluring and flighty Angie are also somehow bound up with.