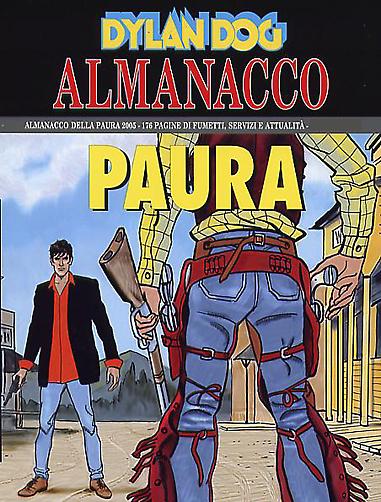 Introduction: A writer who used to evoke vampires. A movie director who "manufactures" nightmares. And a dossier on the "minds that kill"!


The story published in Almanacco della Paura 2005 pits Dylan against a formidable adversary: a murderous psychopath who has escaped from the mental asylum to return to a place called Babenco, a township in the Old West that exists only in his own mind! Also, as well as providing the customary extensive survey of movies and horror literature published during the foregoing year, the Almanacco offers three richly illustrated articles: the dossier “The mind that kills”, and in-depth features on the writer Sheridan Le Fanu and on the movie director Roger Corman.