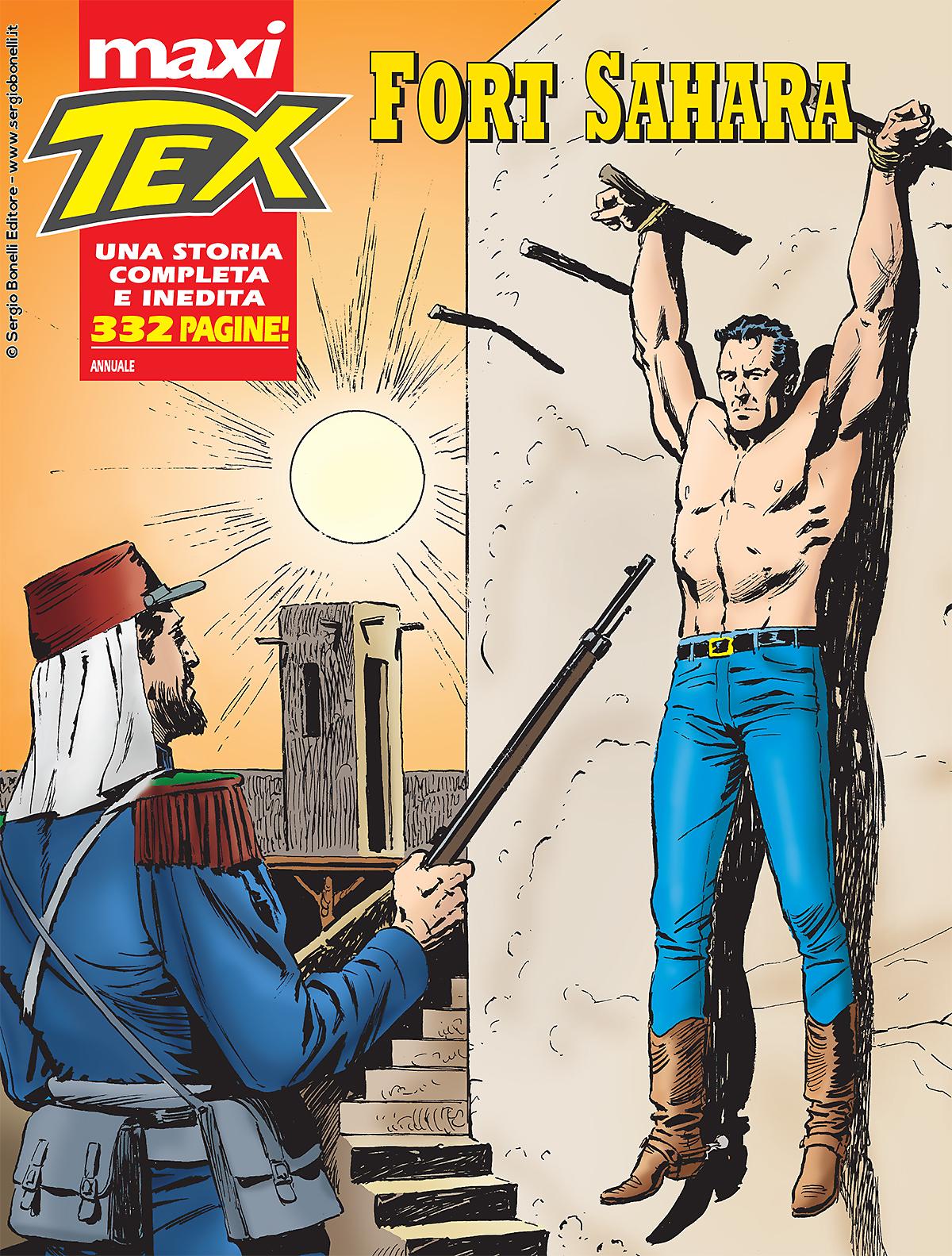 Introduction: Among Chihuahua’s rocks a Foreign Legion fort is hidden, under the command of a dangerous captain hungry for power!

Somebody caused the collapse of the bridge on Rio del Carmen. The train where Tex, Carson, Tiger and Kit are traveling on falls in the river underneath! Our heroes jump the train a few seconds before the impact, escaping the disaster, while the other passengers die… The tragic sabotage is due to a band of Foreign Legion soldiers, who stayed in Mexico when the French troops retired after the defeat of Emperor Maximilian. The Legion men raid and plunder the area, under the command of ambitious Captain Duchamp. Allied with a shady man, Chavez, to try and get rich and powerful, Duchamp aims to become governor of Chihuahua, position presently held by an old friend of Tex’s, Montales. Eagle-of-the-Night and his pards’ must stop the plans of Fort Sahara’s commander and bring peace back to the region…