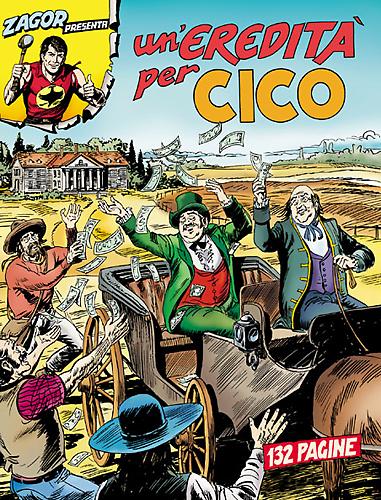 Cico has not always been a penniless tramp! In this special, he himself – as usual – tells about when mean old Mc Doug, for whom he worked as a simple servant, nominated him as his sole heir, provoking the fury and intrigues of the rich man's selfish siblings, culminating in a whirl of hilarious attacks, tragic-comical abductions and exhilarating “coups de theâtre”!