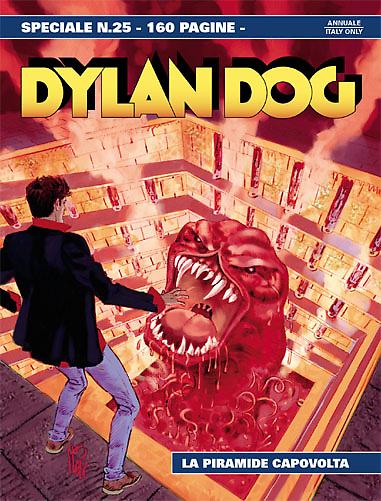 Introduction: A claustrophobic underground nightmare is waiting for Dylan Dog one step away from the gates of Hell!


This time the challenge for the Old Boy is to lead a group of fearless warriors through the mazes of an underground city built by a crazed architect under London; in the middle of it, there’s a temple designed as an unpside-down pyramid. It’s a race against the clock, chock full of dangers and threatening creatures, to avoid that the world is plunged into darkness by a bloody rite.